Shakespeare's Hamlet coming to the Vatican 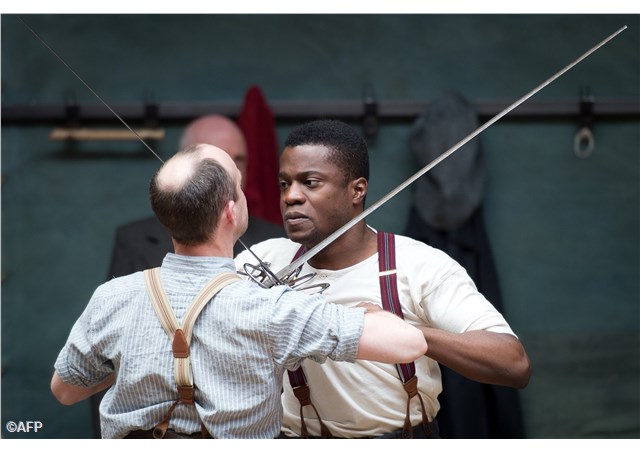 (Vatican Radio) For two years, a production of Hamlet has been travelling the world to mark the 450th anniversary of William Shakespeare’s birth. The tour is a project of the Globe theatre in London, and is called, appropriately enough, Globe to Globe.

And on Wednesday, it is scheduled to be performed in the world’s smallest country: The Vatican.

The performance has been arranged by the British Embassy to the Holy See, with the cooperation of the Pontifical Council for Culture.

“They approached the Holy See about the possibility of finding a venue, and the possibility of putting on Hamlet,” said Bishop Paul Tighe, the  Adjunct Secretary of the Pontifical Council for Culture. “There was immediately a very warm response to the initiative.”

Listen to the Vatican Viewpoint featuring the interview with Bishop Paul Tighe:

This is the first time Shakespeare has been performed in the Vatican, and the performance will take place in the extraterritorial Palazzo della Cancelleria, which houses the Holy See’s main judicial offices.

Bishop Tighe said the performance recognizes the significance Shakespeare has for world culture.

“I think it is fair to say that Shakespeare is one of the classics,” he told Vatican Radio.

“He is one of the people who has helped to form global culture” – Bishop Tighe said. – “His work is recognized as something that raises the real questions about what does it mean to be human, about the potential of human beings to achieve greatness, at the same time the tragedy of when human life goes badly.”

Even when his work is not overtly religious, Shakespeare helps draw viewers and readers to consider the questions that can lead to spiritual matters.

“He opens up extraordinary universal themes, and I think in opening up those themes, even for people who mightn’t be explicitly religious, or mightn’t even  be open to religious ideas, they are inevitably obliged to confront larger questions about the meaning and purpose of life,” Bishop Tighe said.

“I think I would say it’s not so much what he gives to religious culture, as he asks the right questions and provokes and stimulates the right sort of questions, that then allow people to go that little bit deeper, which is where probably we can begin to talk about religion and views of transcendence,” he continued.

Moreover, Bishop Tighe said William Shakespeare was formed by the culture in which he lived, and this is reflected in his work.

“I think he was profoundly Christian,” he said. “His worldview was shaped by his Christian beliefs.”