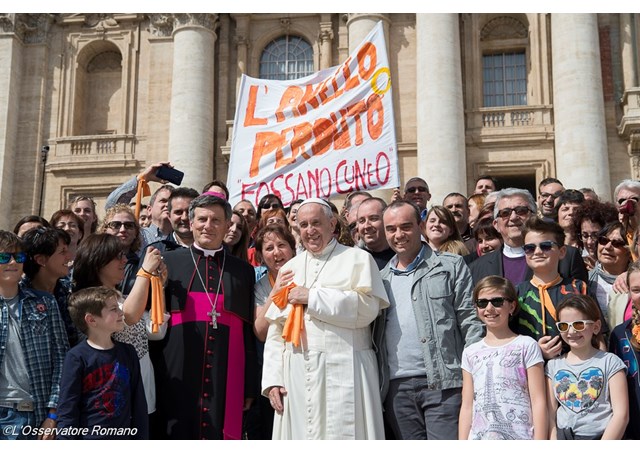 (Vatican Radio) Pope Francis on Wednesday met with “L'Anello perduto" [The Lost Ring], a support group for those who have been divorced and separated in the Diocese of Fossano (Cuneo), located in northwestern Italy.

Pope Francis telephoned the coordinator of the group – Deacon Paolo Tassinari – earlier in the year after receiving a letter from the organization, asking for a meeting with the Pope.

“Knowing that they were in the thoughts of the Pope, for a moment, fills us with infinite joy,” Deacon Tassinari said after the telephone call.  “It gives us more motivation to find our place within the Church.”

The meeting with Pope Francis took place in St. Peter's Square, during the weekly general audience.

The Deacon has also written a book on ministry to the separated and divorced, also called L'Anello Perduto.