Baptisms declined in South Korea in 2015 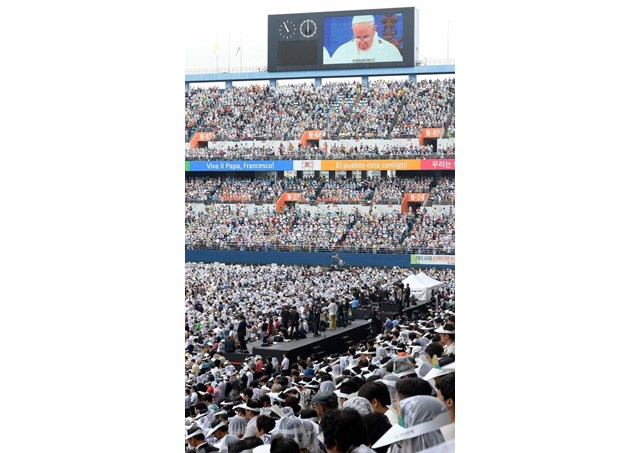 While the overall population of South Korea rose slightly in 2015, the number of baptisms in the Catholic Church declined, the country’s bishops have said.  According to statistics released by the Catholic Bishops' Conference of Korea March 30, a total of 116,143 Catholics were baptized last year in the country, down 6.9 percent from the previous year,  The Korea Herald reported.   However, statistics showed that South Korea's Catholic population rose slightly by 1.7 percent to about 5.65 million, which accounts for 10.7 percent of the country's total population of 52.67 million last year.  The ratio of Catholics in general has been increasing at a constant rate, maintaining the 10 percent level since 2009.

Although the number of baptisms decreased last year, it increased in 2014 for the first time since 2010, apparently affected by Pope Francis' first-ever visit to the country. A total of 124,748 Catholics were baptized in 2014, up 5 percent from the previous year.  (Source: UCAN)