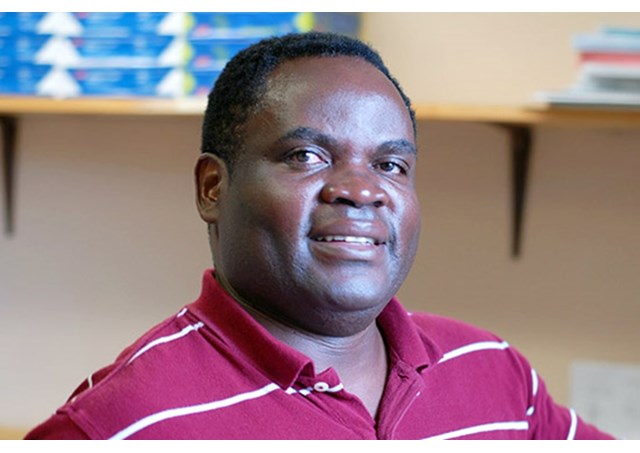 Fr. Vincent Machozi, a Catholic priest of the religious order Augustinians of the Assumption (Assumptionists), who for several years documented human rights abuses in eastern Democratic Republic of the Congo (DRC), was murdered Sunday night by armed gunmen, shortly after he posted an online article denouncing the involvement of the Congolese and Rwandan presidents in the massacres of innocent civilians.

A native of eastern Congo and a School of Theology student from 2006 to 2012, Machozi worked closely with the Boston University (BU) Pardee School of Global Studies African Studies Center on outreach efforts in the war-torn country.

Beni Lubero, the human rights website started by Machozi while he was a BU graduate student, reports that at 11 p.m. Sunday night, 10 uniformed soldiers of the Armed Forces of the DRC stormed a social centre in the North Kivu region, where Nande tribal chiefs were meeting to discuss peace efforts, and demanded to be taken to Machozi and to Mwami Abdu Kalemire III, leader of the Basho community. The gunmen reportedly found Machozi in a courtyard working on his laptop and opened fire. The Catholic website Crux reports that Machozi, whose last words were, “Why are you killing?” died in a hail of bullets. Kalemire escaped unharmed.

African Studies Centre director Timothy Longman, a College of Arts & Sciences associate professor of political science and a colleague of Machozi’s, says there had been at least seven earlier attempts on the priest’s life. He says Machozi fled his country in 2003 after receiving several death threats, and working from Boston, set up his website to document atrocities committed by the several warring forces in eastern DRC.

“He was trying to show the world who was killed and who was responsible,” says Longman. “He wasn’t on any particular side.”

Machozi returned to DRC in 2012, putting aside work on his PhD thesis exploring the role of the Catholic Church in transforming the conflict in his country in favor of human rights work. A few days before Machozi was killed, Longman says, the priest posted an article implicating Joseph Kabila, DRC president, in the violence.

Longman says the political situation in that country is complicated, with government forces and various rebel groups fighting one another and terrorizing civilians with widespread slaughter and rape.