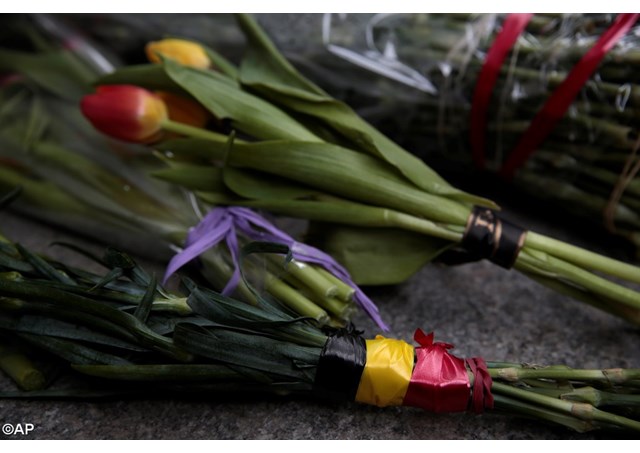 (Vatican Radio) Pope Francis has a sent telegramme to Jozef De Kesel, Archbishop of Mechelen-Brussels following the attacks on Tuesday morning in the Belgian capital Brussels.

In the telegramme signed by Vatican Secretary of State, Cardinal Pietro Parolin, Pope Francis prays for the victims, the injured and their families and again condemns “blind violence which causes so much suffering.”

Please find below a Vatican Radio translation of the Pope’s telegramme.

Learning of the attacks in Brussels, which have affected many people, His Holiness Pope Francis entrusts to God's mercy those who died and he prays for those who have lost relatives. He expresses his deepest sympathy to the injured and their families, and all those who contribute to relief efforts, asking the Lord to bring them comfort and consolation in this ordeal. The Holy Father again condemns the blind violence which causes so much suffering and imploring from God the gift of peace, he entrusts on the bereaved families and the Belgians the benefit of divine blessings.

Secretary of State of His Holiness