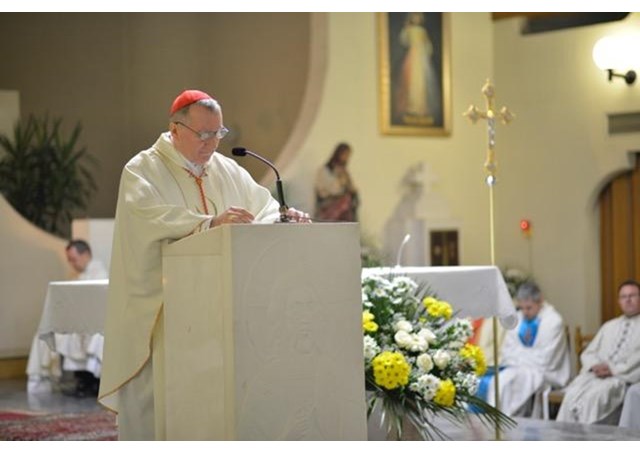 (Vatican Radio)  Cardinal Pietro Parolin, the Vatican Secretary of State, on Sunday celebrated Mass to consecrate the ‘Dormition of the Mother of God’ Cathedral of the Bulgarian Catholic Apostolic Exarchate of Sofia.

Cardinal Parolin is on an official state visit to the Republic of Bulgaria, and his trip also included a three-day stopover in Macedonia.

At the conclusion of the Mass, Cardinal Parolin exhorted the Bulgarian Church to awareness of the universality of the Church. “We find ourselves in a church, intended as a structure in which the faithful gather together to pray and celebrate the liturgy. The community gathered here is not isolated but connected to all the other Christian communities in the world. We are therefore called to turn our eyes to the Church in its catholicity, that is, in its universality. When we are united in church, dear brothers and sisters, we can sense our belonging to this great Christian family which lives, works, and prays in the entire world.”

Later, after a lunch at the Apostolic Nunciature, the Secretary of State visited the Monastery of the Eucharistine Sisters dedicated to Pope St. John XXIII, also speaking to the Catholic clergy of the Bulgarian Catholic Church gathered in St. Joseph’s Cathedral.