India: Day of the martyrs of Orissa to be observed on August 30 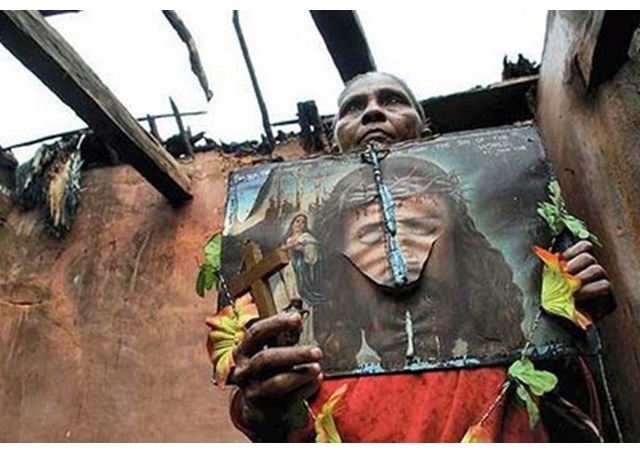 The Church of the Central Indian state of Orissa will celebrate "Martyrs' Day" on August 30 every year. As Fides News Agency learns, this was established by the Regional Conference of Bishops of Orissa (OCBC), choosing the date which is the day after the martyrdom of St. John the Baptist. His Exc. Mgr. John Barwa, Archbishop of Cuttack-Bhubaneswar and president of the Regional Conference, told Fides: "We are delighted with this decision, adopted to honor and respect the sacrifice of more than 101 people who lost their lives during the anti-Christian massacres in 2007 and 2008: The Divine Word prelate said most victims are from Kandhamal district that witnessed anti-Christian violence in those years. The others are from other districts of the state,” he added.

The Regional Conference of Bishops of Orissa has officially asked the Indian Bishops' Conference (CBCI) to declare August 30 a "National Day" to commemorate the martyrs of Orissa. "We are awaiting the decision of the CBCI, but we are confident", said Mgr. Barwa, who gave a speech during the recent plenary assembly of Indian bishops, held in Bangalore, and highlighted the support of the bishops on this initiative. "After my presentation on the story of the martyrs of Orissa, many Bishops were eager to learn more", he said.

The Conference of Bishops of Orissa has already appointed a special team of priests and researchers to document the incidents that caused the deaths of 101 Christians in Orissa. With the support of the Episcopal Conference, the diocese of Cuttack-Bhubaneswar would like to start the diocesan process to declare the martyrdom, by appointing a "postulator" for the cause.

Father Ajaya Kumar Singh, human rights activist and director of Odisha Forum for Social Action, lauded the OCBC decision of Martyrs Day. The local Catholic community in Orissa has welcomed the Bishops’ decision to celebrate the Day of the martyrs on August 30 with joy.