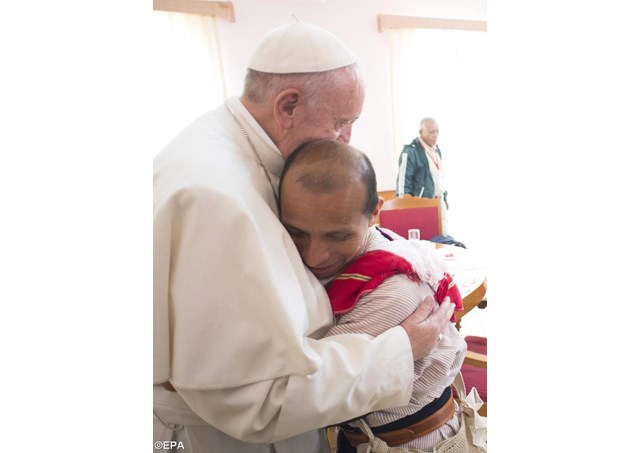 (Vatican Radio) David Willey, the longtime BBC correspondent in Rome, said in his view Pope Francis “certainly has set out to change the mindset of people in the Vatican and Catholics worldwide.” Willey, who's spent more than 40 years reporting on events in the Vatican, has recently published a book on the Pope entitled “The Promise of Francis, The Man, The Pope and the Challenge of Change.”

With this Sunday (March 13th) marking the third anniversary of Pope Francis’ election, what has changed over the past 3 years and where is the papacy going under his leadership? Susy Hodges sat down with Willey to learn his take on the man at the helm of the Catholic Church:

Listen to the interview with David Willey, longtime BBC correspondent on the Papacy and the Vatican and author of a new book about Pope Francis:

“Continues to surprise us all”

Pope Francis, the former Cardinal Jorge Bergoglio from Argentina, is the first ever Pontiff from Latin America and his election in March 2013 confounded all the predictions and pundits. Willey admitted that just like most other people he was definitely “surprised” by the cardinals’ choice at the conclave. He said the new Pope’s first words to the world spoken from the balcony of the Vatican Basilica…that “extraordinary very humble speech” …. was “a foretaste” of his papacy which during the past three years “has continued to surprise us all.”

Asked about the challenges facing Pope Francis and the Church at the time of his election, Willey noted it has been “very interesting to see how he’s tackled” these problems. When it comes to the reform of the Roman Curia, Willey said one particularly significant "and bold" speech by the Pope was when he criticized "careerists" within the Church in an address to members of the Curia.

Pope Francis is a master of using colourful metaphors taken from everyday life to illustrate his points and Willey singled out in this context the Pope’s much-quoted remark about how the Church should be a “field hospital” tending to the wounded, rather than a place of power. He also pointed to Pope Francis’ concern with small countries, with all those on the periphery, highlighted by his choice to make his first trip as Pope to the small Italian island of Lampedusa which is on the front line for receiving refugees and migrants making the perilous journey across the sea from Africa.

“Has set out to change the mindset”

Some commentators in the media have described Pope Francis as a revolutionary but does Willey agree with that description?  In his reply, Willey said the Pope “certainly has set out to change the mindset” of people in the Vatican and indeed Catholics worldwide. He said he believed one of the Pope’s most "remarkable" qualities is that despite his position, “he talks like an ordinary person,” …about his family, his grandmother, his childhood and shows in this way that he is a “Pope of the people.”