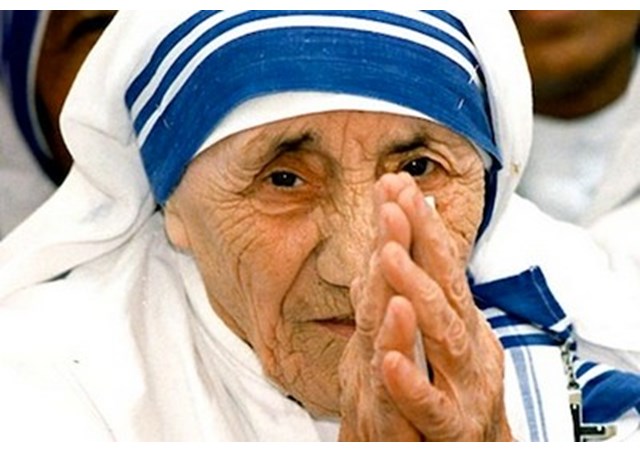 Pope Francis will hold an ordinary public consistory of cardinals in the Vatican March 15, during which he will sign the decree for the canonization of Blessed Mother Teresa of Kolkata and four others.  The dates and venue  of their sainthood ceremony are expected to be declared at the consistory.  Pope Francis had officially cleared Blessed Mother Teresa for sainthood on Dec. 17, 2015, recognizing the miraculous healing through her intercession of a Brazilian man with multiple brain abscesses.   Mother Teresa was conferred the title Blessed in Rome, Italy, on October 19, 2003, after Pope St. John Paul II recognized  the miraculous healing of an Indian woman with a tumour in her abdomen.

Born Agnes Gonxha Bojaxhiu‎ of Albanian parents on ‎August 26, 1910, in Skopje, in what ‎is ‎Macedonia today, Mother Teresa died in Kolkata, formerly Calcutta, on September 5, ‎‎1997.  ‎Affectionately known as the "saint of the gutter" for her unconditional ‎love ‎for the poor, abandoned and the marginalized, she earned several international honours, including ‎the ‎Nobel Peace Prize in 1979. ‎