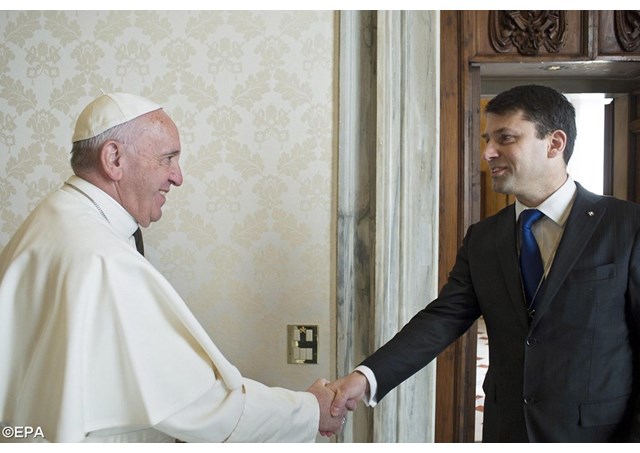 (Vatican Radio) Pope Francis on Friday met with Gottfried Locher, the President of the Swiss Federation of Protestant Churches.

In an interview with Vatican Radio’s German section, Locher said they spoke about “ecumenism and Protestantism in Europe.”

Locher also said the meeting was “very warm,” and the Pope “laughed a lot.”

Locher, who also serves on the three-member Presidium of the Community of Protestant Churches in Europe (CPCE), said Pope Francis is “very interested in ecumenism.”

“I have the impression he is serious in his work for Christian unity, and sees it as a pastoral concern, and not just as a part of church diplomacy,” he said.

“On the part of doctrine, I think for Protestants, and also for Catholics, it is not entirely clear in which direction Pope Francis want to move the Catholic Church,” Locher continued. “We have much respect for the way he deals with people, as well as his commitment to the poor and the disadvantaged.”

Locher added “it was very nice at the end of the meeting, when he said we were brothers in Christ, and asked that I pray for him.”