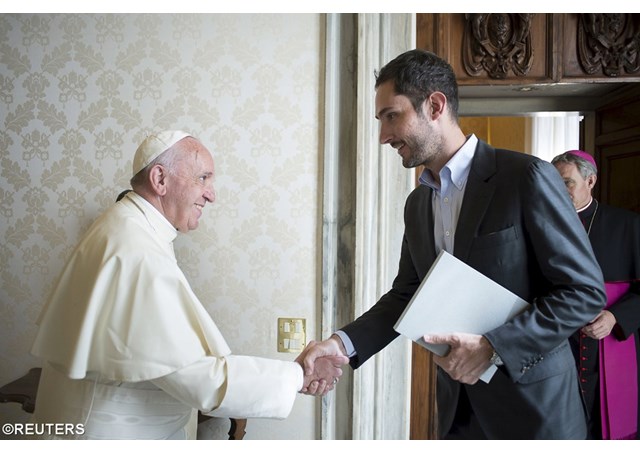 (Vatican Radio) Pope Francis on Friday met with the CEO and co-founder of Instagram, Kevin Systrom.  The photo-sharing social network was founded in 2010, and bought by Facebook in 2012. Over 300 million people use the service each month.

Systrom posted a photo of the meeting on his Instagram profile, writing: “Today I had the honor of meeting Pope Francis. We spoke about the power of images to unite people across different cultures and languages. It was by far one of the most memorable experiences of my life!”

In January, Pope Francis met separately with both  Eric Schmidt, executive chairman of the parent company of Google, and  Tim Cook, the CEO of Apple.