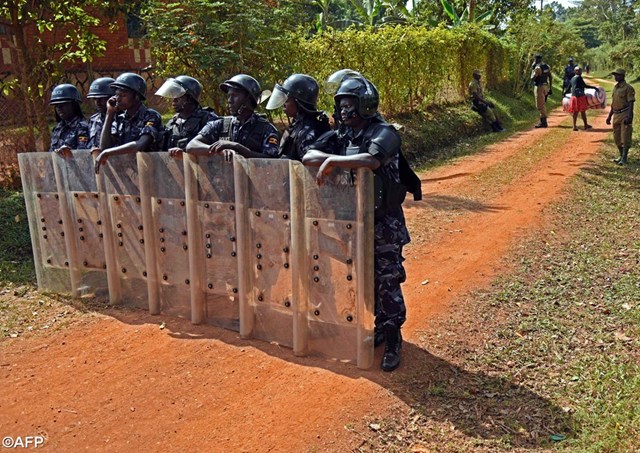 A spokesperson for the United Nations High Commission for Human Rights, Cécile Pouilly, has called on the Government of Uganda to bear in mind that it has obligations under international human rights law not to unduly restrict freedom of expression and peaceful assembly of its citizens.

In a statement issued in Geneva, the Commission spokesperson expressed concern at the tense post-electoral situation in Uganda, with reports of at least two people killed and an unknown number of people injured, heavy military and police forces deployed in the streets of Kampala and the arrests of four opposition leaders since Thursday’s elections.

“Mr. Kizza Besigye, leader of the FDC (Forum for Democratic Change), who was arrested and released on three different occasions last week, was placed under house arrest on Saturday without charge or judicial order. Yesterday morning, he was taken to a police station in Nagalaama, a town located some 30 Kilometres from the capital Kampala, after he tried to leave his home,” the UN statement reads.

According to the UN, two other presidential candidates have also been reportedly arrested over the last few days. Amama Mbabazi, from the Go Forward party, has been under house arrest since Saturday, while Abed Bwanika, President of the PDP (People's Development Party), was reportedly intercepted by police on Friday at Mutukula, close to the border with Tanzania, as he was attempting to leave the country with his family. Kampala’s Lord Mayor, Erias Lukwago, was also arrested on Saturday, as he was talking to the press about Mr. Besigye’s arrest.

“We are also concerned about the intimidating display of force used (last) Friday by Ugandan police and military forces to evacuate the FDC headquarters in Kampala, with tear gas and live ammunition reportedly used, and by worrying information of journalists being harassed and intimidated by security forces,” the UN Rights Commission says.

The Rights body reminded the Government of Uganda its obligations. “We remind the Government of Uganda of its obligations under international human rights law not to unduly restrict freedom of expression and peaceful assembly. Law enforcement officials shall avoid the use of force or, when that is not possible, restrict it to the minimum extent necessary. Anyone who is arrested shall be informed of the reasons for the arrest and shall be promptly informed of any charges against him or her,” the UN body said.

“Because Retired Col Kizza Besigye has not retracted his statements of defiance and incitement to violence, Police shall continue to regulate and closely monitor his movements so that he does not pose danger to public peace and national security.  Moreover, we have information that his planned procession is not just a procession, but rather beginning of a planned and generalised campaign of violence in the city and select municipalities across the country,” said the Police Inspector General.