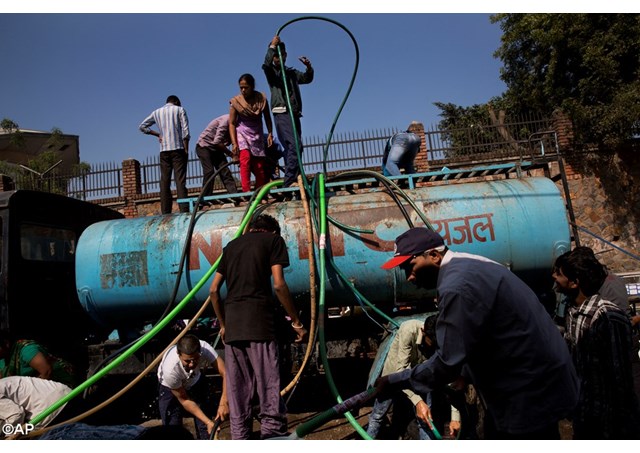 (Vatican Radio) Millions of residents of India’s capital city, Delhi, remain without water, despite an agreement reached between government authorities and members of the Jat community, who have been protesting in neighbouring Haryana state for three days, during which at least 15 people have been killed.

Sixteen million people live in Delhi, and around three-fifths of the city's water is supplied by the Munak canal, which runs through Haryana.

The army took back control of the Munak canal on Monday after Jat protesters seized it as part of their agitation for inclusion in caste quotas for jobs and education opportunities that have been available to lower castes since 1991.

Jats are currently listed as upper caste, and are a large and politically influential community within Haryana, holding a third of the 90 state assembly seats.

Delhi Water Minister Kapil Mishra said the “crisis was still not over” and urged people to use water carefully.

As private sector employment opportunities have disappeared and farming incomes have declined, the Jat community has begun demanding inclusion on special caste status lists to enable them to secure government jobs.

In March 2014 the Congress-led national government said it would re-categorise Jats in order to  facilitate access to government jobs under the quota system in place, but India’s Supreme Court blocked the reclassification in 2015.