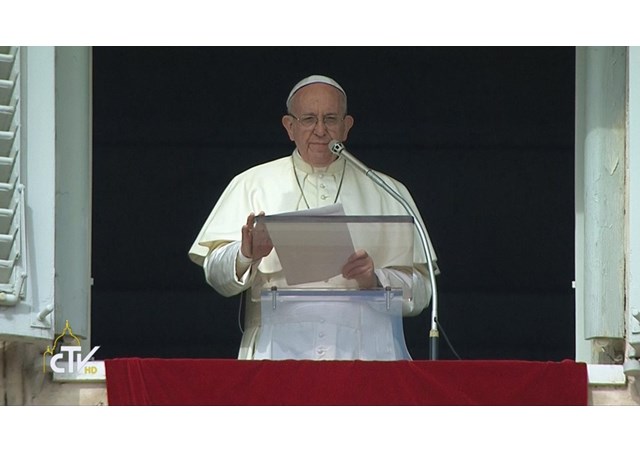 (Vatican Radio) Pope Francis has said that “all Christians and people of good will are called today to work not only for the abolition of the death penalty,” but also to improve conditions in prisons, out of respect for the human dignity of prisoners.

In particular, the Holy Father appealed “to the consciences of government leaders” that they might join the “international consensus for the abolition of the death penalty” — and spoke directly to Catholic leaders, asking them, as a “courageous and exemplary act,” to not carry out any death sentences during the Holy Year of Mercy.

The Holy Father made his remarks following the Angelus on Sunday, in the context of an international convention for the abolition of death penalty set to take place in Rome on Monday. The convention, promoted by the Sant’Egidio Community, has for its title “For a world without the death penalty.”

“I hope,” the Pope said, “that this symposium can give a renewed impulse to efforts for the abolition of capital punishment.” He said growing opposition to the death penalty, even as an instrument of legitimate social defence, was a sign of hope. Modern society, he continued has the means of fighting crime without definitively taking from criminals the possibility of redemption. He placed the question of capital punishment within the context of a system of justice that continues to conform more closely “to the dignity of man and the design of God for and for society.” “The commandment, ‘Thou shalt not kill’,” Pope Francis said, “has absolute value, and concerns both the innocent and the guilty,” and even criminals “maintain the inviolable right to life, the gift of God.”