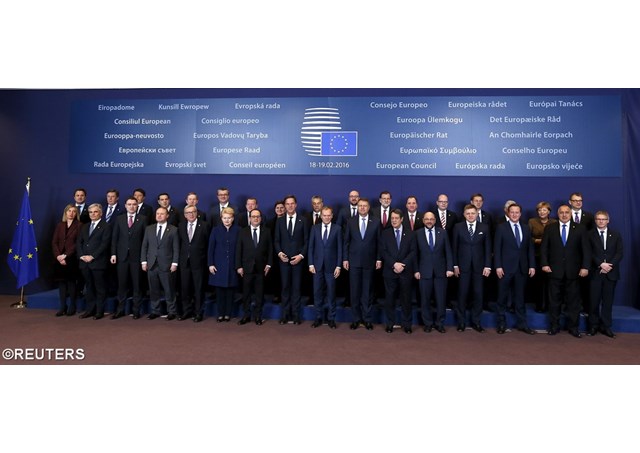 (Vatican Radio) Tensions over migrants are overshadowing a European Union summit amid mounting fears that the Union will fall apart as countries struggle to coordinate Europe's biggest refugee crisis since World War Two.

In a letter, the European Commissioner for Migration Dimitris Avramopoulos said "Austria has a legal obligation to accept any asylum application that is made on its territory or at its border."

The leaked letter to Austria's interior minister said imposing a ceiling on asylum-seekers "would be plainly incompatible with Austria's obligations" under EU and international law.

Austria plans to accept just 3200 asylum seekers a day, far less than the number of refugees expected to try to reach the West.

And, without consultation with Brussels, Austria and the police chiefs of the countries on the notorious Balkan migrant route
announced a new way asylum seekers will be transiting the region: Croatia said Thursday that Croatia, Serbia, Slovenia, Macedonia and Austria have agreed that the main screening of the migrants fleeing war and poverty would take place in Macedonia on the border with Greece.

Hungary already exported razor wire, produced by inmates, to Macedonia for fences. Those who pass the control will be transported under police escort all the way to the Austrian border.

However the European Commission, the EU's executive, is concerned about these developments, explained Commission president Jean-Claude Juncker.

"So I will today as always advocate a European approach. And as far as Austria is concerned I have to say that I don't like that decision and we are questioning if this decision is in like with European law. This is under examination for the time
being and I will have a friendly discussion with the Austrian chancellor...", Juncker added.

So far, hundreds of thousands of refugees transported to the borders of each of the Balkan countries where they were separately screened and given temporary asylum documents before continuing their journey.