Pope Francis on his way back to the Vatican 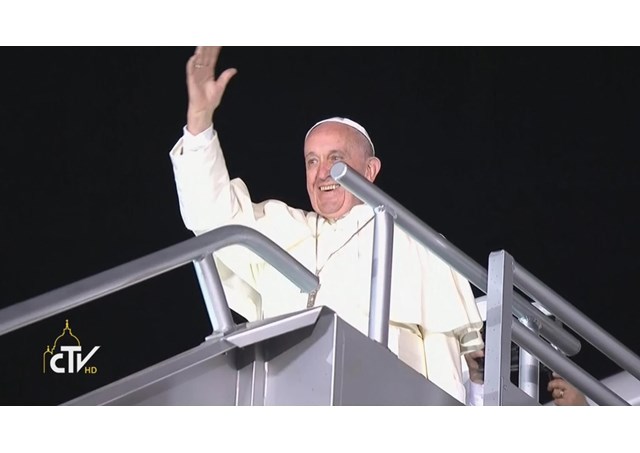 (Vatican Radio) Pope Francis concluded his Apostolic Visit to Mexico on Wednesday, thanking the Mexican people for their welcome.

The Aeromexico Boeing that is bringing Pope Francis back to the Vatican at the end of his 12th Apostolic Journey abroad has taken off from the International Airoport of Ciudad Juarez.

And it was the Mexican airline that flew him throughout his visit during which he travelled from Mexico City to Chiapas, Morelia, and Chihuahua.

As reported on the airline webpage, Pope Francis is an easy passenger: “Known for his humility and simple taste, very few special accommodations have been made to welcome the Pope onboard. Meal service has been arranged with suggestions from the Vatican, and the Boeing Dreamliner 787 has been equipped to host an onboard press conference. True to his reputation, the Pope has very humble needs for a head of state”.

Pope Francis is the third Pope to be flown by Mexico’s oldest airline, after Pope John Paul II and Pope Benedict XVI.

He is scheduled to touch down at Rome’s Ciampino Airport on Thursday, 18 February, in the afternoon.