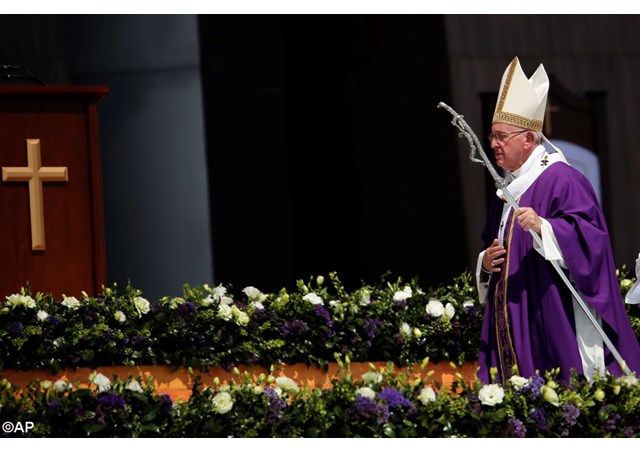 (Vatican Radio) Pope Francis told Mexican seminarians to not be "clerics of the state" in the guestbook he signed at the Diocesan Seminary in Ecatepec.

Pope Francis had lunch at the seminary after celebrating Mass on Sunday.

The complete text of the Message follows:

"Let all those who in this house are prepared for the priesthood, always keep foremost in their mind Jesus Christ, the Lord and His Holy Mother. And that they prepare themselves to be shepherds of the faithful people of God and not 'clerics of the state. Francis 14-2-16'"

A photo of the guestbook was sent out on social media by Father Antonio Spadaro, SJ, the editor-in-chief of the Jesuit magazine Civiltà Cattolica.