Russia warns of World War amid tensions over Syria 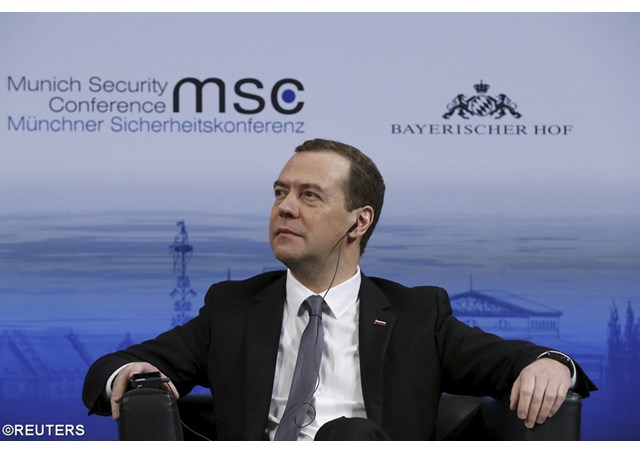 (Vatican Radio) Russia has rejected accusations that it has been bombing civilians in Syria and says tensions with the West over the issue and its role in Ukraine has led to a new Cold War.

The remarks by Russia's Prime Minister Dmitry Medvedev came while Saudi Arabia made clear it was ready to join a U.S.-led coalition with ground forces to topple Syria's president despite Russia's warning that this could lead to World War III.

Russia claims it is bombing the militant Islamic State group, but the West says it has increasing evidence that Russian air strikes are aimed at rebels trying to overthrow Assad.

Prime Minister Medvedev also denied Western accusations that Russian forces had been targeting civilians.  “There is no evidence of our [forces] bombing civilians, even though everyone is accusing us of this," he said.
"Russia is not trying to achieve some secret goals in Syria. We are simply trying to protect our national interests,” the prime minister added.

He also said that tensions in the West has worsened to the point that in his words "One could go so far as to say we have slid back to a new Cold War." Medvedev spoke after his French counterpart, Manuel Valls, urged Moscow to stop striking civilians. "To find the path to peace and of negotiation again, the bombing of civilians has to stop,” Valls said.

Russian Prime Minister Medvedev has also warned that the deployment of foreign ground troops in the Syrian conflict could result in a world war. Despite those warnings Saudi Arabia's foreign minister said that if the Syrian political process fails, President Bashar al-Assad would have to be removed "by force."

Foreign Minister Adel al-Jubeir also said that his country is prepared to send ground forces as part of a U.S.-led coalition already fighting the Islamic State group, also known as Daesh. "If the international coalition against Daesh, which we are part of and have been from the very beginning decides to send ground troops into Syria in addition to the current air campaign, we have said that the Kingdom of Saudi Arabia is prepared to contribute special forces to this effort, " he said

"We are saying we will participate within the U.S.-led coalition, should this coalition decide to send ground troops into Syria, that we are prepared to send special forces with those troops, the foreign minister told the U.S. based Cable News Network (CNN).

The tensions have underscored growing concerns that the conflict in Syria will lead to a broader global war.