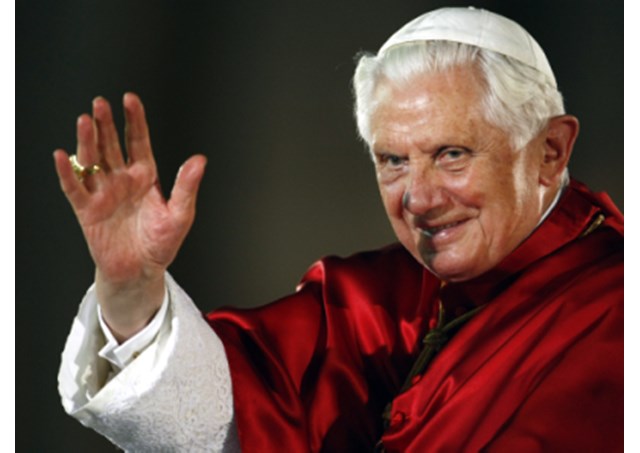 Cardinal Joseph Ratzinger, Pope Benedict XVI, was born at Marktl am Inn, Diocese of Passau (Germany) on 16 April 1927 (Holy Saturday) and was baptised on the same day.His faith and the education received at home prepared him for the harsh experience of those years during which the Nazi regime pursued a hostile attitude towards the Catholic Church. From 1946 to 1951 he studied philosophy and theology in the Higher School of Philosophy and Theology of Freising and at the University of Munich. He received his priestly ordination on 29 June 1951. In 1953 he obtained his doctorate in theology with a thesis entitled "People and House of God in St Augustine’s Doctrine of the Church". Four years later, under the direction of the renowned professor of fundamental theology Gottlieb Söhngen, he qualified for University teaching with a dissertation on: "The Theology of History in St Bonaventure". From 1962 to 1965 he made a notable contribution to Vatican II as an "expert"; being present at the Council as theological advisor of Cardinal Joseph Frings, Archbishop of Cologne. On 25 March 1977 Pope Paul VI named him Archbishop of Munich and Freising. Paul VI made him a Cardinal with the priestly title of "Santa Maria Consolatrice al Tiburtino", during the Consistory of 27 June of the same year. In 1978 he took part in the Conclave of 25 and 26 August which elected John Paul I, who named him his Special Envoy to the III International Mariological Congress, celebrated in Guayaquil (Ecuador) from 16 to 24 September. In the month of October of the same year he took part in the Conclave that elected Pope John Paul II. John Paul II named him Prefect of the Congregation for the Doctrine of the Faith and President of the Pontifical Biblical Commission and of the International Theological Commission on 25 November 1981.