New Vatican coins to be released 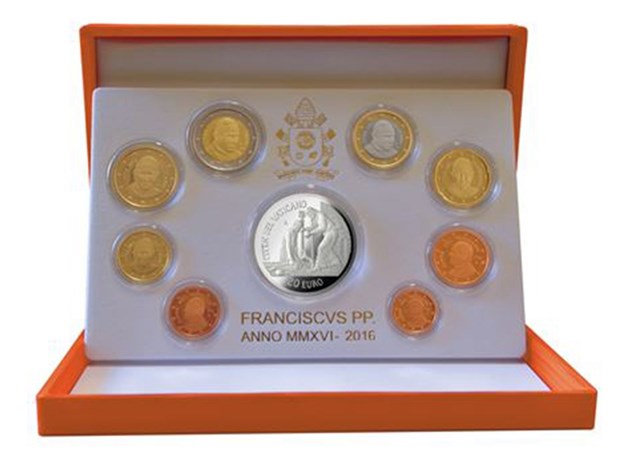 (Vatican Radio) The Philatelic and Numismatic Office of Vatican City State has announced the 2016 Vatican coins will soon be released. These include the 8 usual Euro coins (2 and 1 Euro, 50, 20, 10, 5, 2, 1 euro-cent), bearing the image of Pope Francis, as Sovereign of the Vatican City State.

The Philatelic and Numismatic Office is also releasing a Jubilee of Mercy coin card.