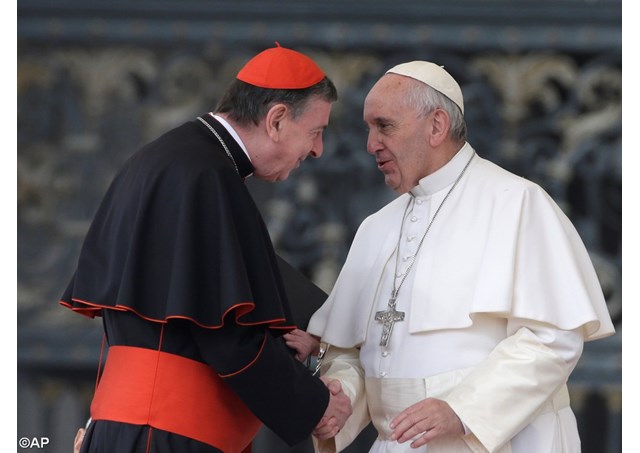 (Vatican Radio) Pope Francis flies to the Cuban capital on Friday for an unprecedented meeting with the leader of the Russian Orthodox Church, Patriarch Kirill. The private conversation between the two leaders will take place at Havana airport and is expected to last for a couple of hours, after which Pope Francis will continue onto Mexico City at the start of his pastoral visit to that Latin American nation.

The Pope and the Patriarch will also sign a common declaration on issues of shared concern, such as the problem of persecuted Christians in the Middle East, the challenges of secularization, the protection of life, and other areas where Catholics and Orthodox can cooperate more closely together.

The President of the Pontifical Council for Promoting Christian Unity, Cardinal Kurt Koch will be accompanying Pope Francis in Havana for this historic encounter. He talked to Philippa Hitchen about the conditions that made this long awaited meeting possible….

The cardinal recalls Pope Francis’ words on the flight back from Istanbul to Rome (in November 2014) in which he said he would meet the Russian Patriarch wherever and whenever he wanted. “I think this comment has opened the door and the Patriarch is very happy to meet the Holy Father now,” he says.

Asked about resistance to this meeting from within the leadership of the Russian Orthodox Church, the cardinal describes the Patriarch’s decision as “very courageous” since he knows that others do not share his ecumenical vision.

Cardinal Koch says reactions from other patriarchs across the Orthodox world have been “very grateful” for this meeting and he adds he’s hopeful the encounter can “be a path also for deepening dialogue” between the different Orthodox Churches ahead of their pan-Orthodox Council in Crete this summer.

The Cardinal says the meeting in Havana will also focus on the “difficult situation” in Ukraine where that dialogue is complicated by the presence of the Greek Catholic Church and by divisions between the three different Orthodox Patriarchates.

Asked about the political implications of this meeting and the close relations between President Putin and the Russian Orthodox leadership, the cardinal says the Cuban encounter is a “religious, spiritual meeting” but at the same time it is clear that these political themes “will also be present” during the conversation.