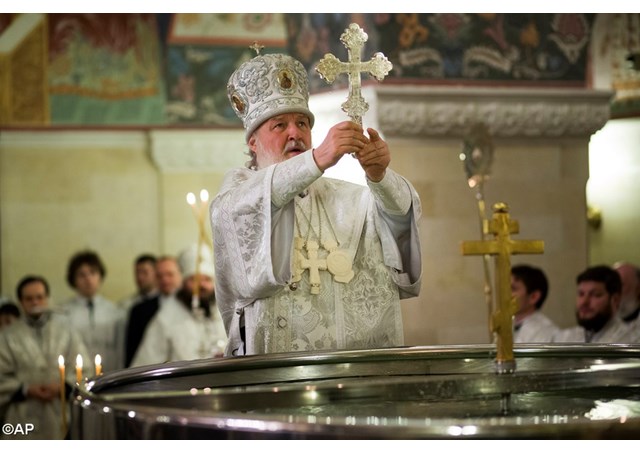 (Vatican Radio) The historic meeting of Pope Francis with Patriarch Kirill of the Russian Orthodox Church has a special significance during this Jubilee year of mercy. That’s the view of Dominican Fr Hyacinthe Destivelle who is in charge of relations with the Slavic Orthodox Churches at the Pontifical Council for Promoting Christian Unity.

The Vatican and the Russian Orthodox Church announced on Friday that the Pope and the Patriarch will meet for the first time in Cuba on February 12th. A statement released jointly in Moscow and in Rome said the meeting will mark “an important stage in relations” between the Catholic and Orthodox Churches and a “sign of hope for all people of good will”.

Fr Destivelle and Council President Cardinal Kurt Koch will be in the Cuban capital for the encounter and the signing of a joint declaration between the two leaders. Fr Destivelle talked to Philippa Hitchen about the background to this meeting and about the contents of that joint statement…..

Fr Destivelle says there has been an intensification of relations over recent years, following on from a period of difficulties in the 1990s. At that time the Moscow Patriarchate accused the Catholic Church of proselytism as it restored Catholic structures in Russia following the fall of the Soviet Union. There was also the so-called ‘Uniate’ problem in Ukraine, but he says on both questions the Moscow Patriarchate has been reassured.

Fr Destivelle says the encounter between the Pope and Patriarch will take place in Havana’s José Marì international airport while the former is en route to Mexico and the latter is on a visit to Cuba. The two leaders will hold a two hour meeting and exchange gifts before signing a joint declaration.

The statement will not be of a theological nature since that dialogue takes place in the framework of the International Commission for dialogue between the Catholic Church and all the Orthodox Churches. Instead, he says, it will be a declaration on different aspects of collaboration and testimony that the Russian Orthodox Church and the Catholic Church can give in our world today. These may include the problem of persecuted Christians in the Middle East, secularization, the protection of life, marriage, the family and other issues of shared concern.

No unity without mercy

The role of the meeting, Fr Destivelle says, is within the framework of the dialogue of charity since Pope Francis has often said he is willing to promote a culture of encounter, especially in this Jubilee year of mercy – “there will be no unity without mercy”, he adds.