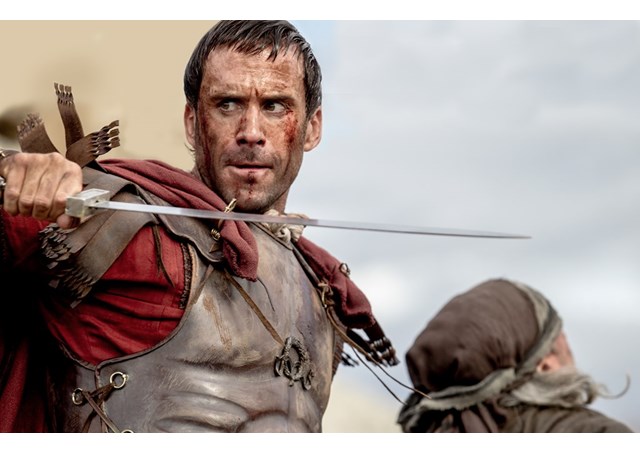 (Vatican Radio) A new film produced by Sony Pictures is looking to tell the story of the days immediately following the Passion, death and resurrection of Jesus.

Told through the eyes of the fictional Clavius (Joseph Fiennes), a high-ranking officer in the Roman Army tasked by the Prefect of Judaea, Pontius Pilate, with the recovery of the – presumably – stolen remains of the man executed as King of the Jews, Risen follows Clavius and his aide Lucius (Tom Felton) as they attempt to locate the missing body in order to prevent an uprising in Jerusalem.

Part detective story, part political thriller, the film explores great themes ranging from the nature of faith to the possibilities and limits of politics to satisfy basic human desires.

Vatican Radio’s Chris Altieri attended a closed screening of the film for critics and journalists this week in Rome, and spoke with actor Joseph Fiennes, who portrays the Tribune, Clavius.

“I think he’s exhausted, possibly suffering from post-traumatic stress,” when the audience first meets him, Fiennes told Vatican Radio. “I think he’s probably saturated by death – so I think he’s a man prepped and ready for change,” Fiennes continued. “For an actor,” Fiennes said, “this is a part you would relish – he goes on such a journey.”

Risen hits theaters in the US and Canada on February 19th, and then opens in countries around the world throughout the month of March, 2016.