Pope tells faithful to open their hearts to forgiveness 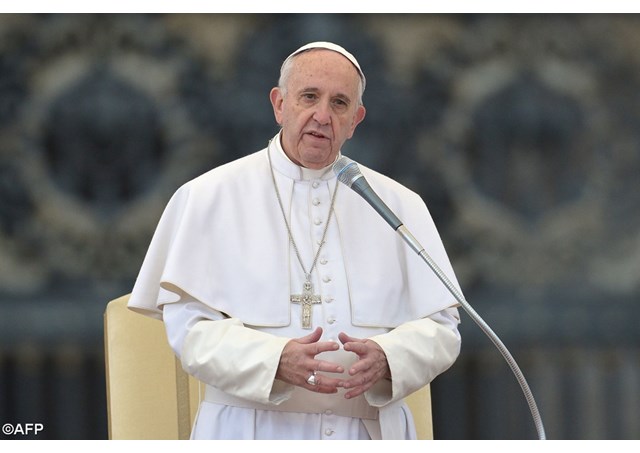 (Vatican Radio) Pope Francis is urging the faithful to open their hearts to forgiveness.

“This is the way to solve differences within families – he said - between spouses or between parents and children”.

This is what happens when he who has been offended loves the person who offended him and wants to save the relationship: “that binds him to the other” he said.

The Pope was addressing over 10,000 pilgrims gathered in St. Peter’s Square for the weekly General Audience.

It could appear – he said – that the two realities are in contradiction, but this is not so because God’s justice is his mercy.

When we think of justice – Pope Francis said – we think of its legal administration which seeks retribution and exacts a penalty.

Such legal justice does not conquer evil - he said – but simply stems its tide.

But the Bible presents true justice as a process which avoids a tribunal; it invites the offended person to engage directly with the guilty person and invite him to conversion by helping him to see the evil he has done, and by appealing to his conscience.

In this way – the Pope said - the guilty person is able to see his wrong and be open to the forgiveness offered.

Pope Francis said he knows that it this a "difficult journey”.

“It requires that we be ready to forgive and desire always the salvation of those who offend us.  This is God’s justice.  He does not seek our condemnation, but our salvation” he said.

This – he said -  is God’s justice.  He does not seek our condemnation, but our salvation” and the salvation of all of his children – even that of Pontius Pilate and of Judas: He is the Lord of mercy and wants to save everyone.

He explained that by making us see the wrong we have done, the Father helps us to recognize our need for his mercy revealed in Jesus Christ.  God’s justice is his mercy.

And reminding confessors of their great responsibility when they grant forgiveness in the name of God, Pope Francis concluded telling the faithful that as God’s children, we must be open to his divine mercy, and readily and generously share it with our brothers and sisters.