Viganò: Pope Francis not an actor 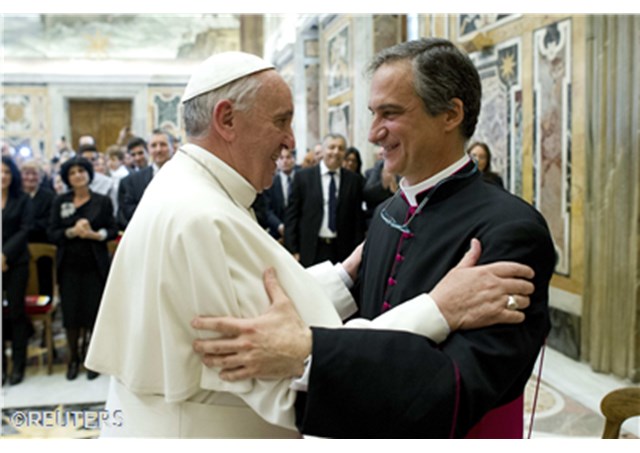 (Vatican Radio) The Prefect of the recently established Secretariat for Communications, Monsignor Dario Edoardo Viganò, has refuted press reports claiming Pope Francis “will play himself” in an upcoming film.

The film production company ENVI Pictures issued a statement on Monday saying Pope Francis will appear in the film “Beyond the Sun.”

“The Pope is not an actor,” Msgr. Viganò said.

He added that no scenes for the movie were filmed “for purpose,” although he does not exclude “as has happened before, video clips of the Pope  could appear in the film.”

Any profits from the film are being used to support two Argentinian charities for children.