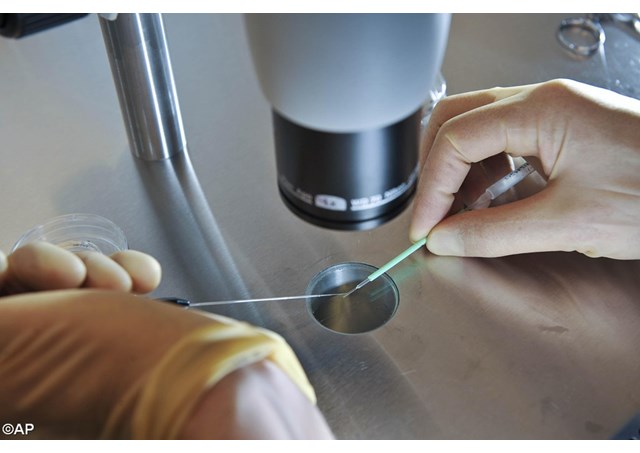 (Vatican Radio)  In Britain, the pro-life group, CORE, said the decision to allow the editing of the genes of human embryos for research purposes is morally wrong and its implications are “frightening beyond belief.” The British Human Fertilisation and Embryology Authority announced this week that it had approved a research application from the Francis Crick Institute in London to use new “gene editing” techniques on human embryos.  The project aims to provide a deeper understanding of the earliest moments of human life.  However critics describe the plan as the first step on a path towards the legalization of genetically modified babies. Josephine Quintavalle is the Director of CORE, an organization that focuses on the ethical dilemmas surrounding human reproduction and she spoke to Susy Hodges.

Listen to the interview with Josephine Quintavalle of CORE:

As a pro-life organization, Quintavalle said CORE is opposed to any destructive research on human embryos and agreed with those critics who say that this decision marks the first step along the road towards babies being created to order.

She also rejected the argument put forward that because Britain has got “so many human embryos” sitting around in freezers, we “should make use of them” to experiment on them and said the decision and its implications are “frightening beyond belief.”  She also said it’s “massively experimental.”

Quintavalle points to previous approvals for scientific research on human embryos in Britain where often “lots of nonsense promises” were made about the potential benefits of such experiments that failed to live up to those promises.  She explained how there is a tendency in Britain often to make what she called “grandiose claims” about these potential benefits in order to secure or justify the approval of the research project.