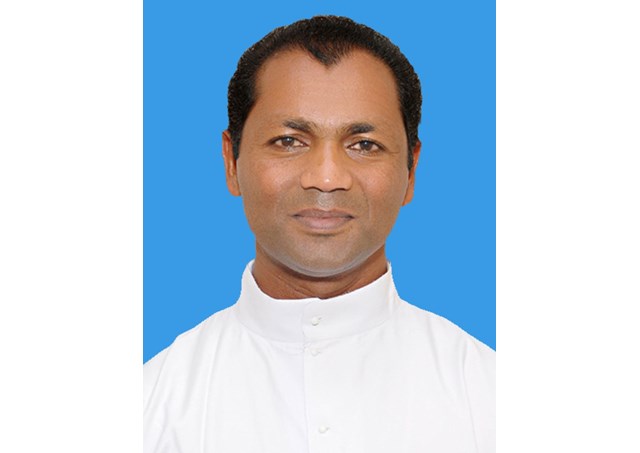 The Holy Father, has appointed Fr. Christudas Rajappan, of the diocese of Trivandrum, India of the Latin Rite as the new Auxiliary bishop of the same diocese on February 2.    Currently Fr. Christudas  was serving as  the Rector of St. Vincent’s Seminary of the said diocese, Director at Board for Clergy and Religious and Parish Priest at Kochuthura ( Puthukurichy) St. Thomas Aquinas Church.

After his ordination  he held the Following positions:

1999-2001: Secretary of the Bishop and the Chaplain of the Catholic Jubilee Memorial Hospital & Hostel;

The Archdiocese of Trivandrum (Thiruvananthapuram) is one of the biggest diocese of Kerala having a Catholic population of nearly 2,50,000 people, even after the bifurcation of the Diocese of Neyyattinkara four years ago. The 75 parishes and 44 Mission stations of the Diocese are grouped together into 8 Vicariates in 3 Episcopates. At present there are  133 incardinated priests in the Archdiocese including those retired, studying and working for other Dioceses and 27 religious priests.