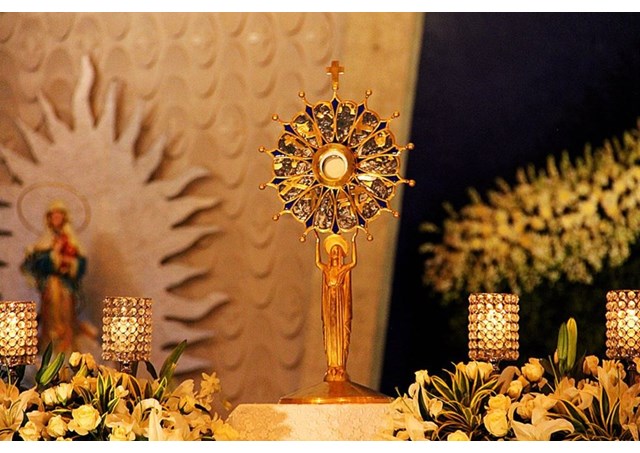 (Vatican Radio) Moments after Pope Francis made the announcement, Hungary's Catholic Church made it clear that it was looking forward to preparing for the 52nd International Eucharistic Congress in 2020.

The Congress will be held 30 years after Hungary held its first democratic elections since World War Two. Those elections meant the end of decades of Communist rule, when many church leaders and other believers faced persecution.

This is the second time that Hungary has hosted the International Eucharistic Congress. Its 34th edition in May 1938 ended with a closing Mass on Budapest's famed Heroes Square, attended by some half-a-million pilgrims.

Many people are also expected in 2020, since at least one-in-three Hungarians claim to be Catholic.

Hungarian Catholic Cardinal Péter Erdő made clear however that he wanted to make sure the 52nd Congress in Budapest "would introduce" the importance of the Eucharist, not only to Church members, "but to the whole civilian world".

Erdő, who led the Hungarian delegation during this year's Congress in Cebu, Philippines, said a special theological committee would be formed to prepare for the event.

The Cardinal made clear that this was "a very serious pastoral" preparation time.

"You have to organize [the International Eucharistic Congress] full of energy," he said in published remarks.