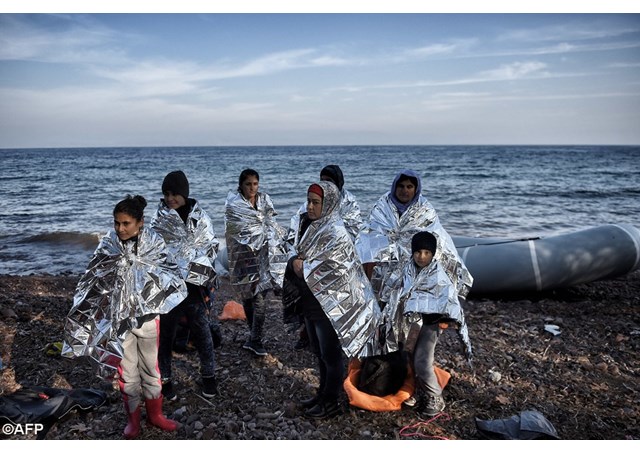 (Vatican Radio) The European Union's police agency, Europol, has warned that thousands of migrant children fleeing war and poverty may have disappeared after arriving in Europe over the past two years.

The announcement comes amid mounting international concern that children and young adults are
targeted by organized crime groups.

Europol, which facilitates the exchange of criminal intelligence between police, customs and security services, has confirmed that as many as 10,000 vulnerable minors have vanished after registering with state authorities in the EU.

It is the first time Europol has given a Europe-wide estimate of how many might be missing.

The police agency warns that many children and young people are being forced into sexual exploitation and slavery by criminal gangs.

Europol adds that while not all missing persons will be criminally exploited as some might have been passed on to family members, they just don't know where they are, what they're doing or whom they are with.

The group 'Save the Children' says some 26,000 child migrants arrived in Europe last year without any family.

Officials in Italy warned in May 2015 that almost 5,000 children had disappeared from asylum reception centres since the previous summer. And in the southern Swedish town of Trelleborg  authorities said in October that about 1,000 unaccompanied refugee children and young adults who arrived there the previous month had disappeared.

Europol says a large proportion might have gone missing after landing in Greece. Miariella Michailidou of the United Nations refeugee agency UNHCR in Greece isn't surprised.

She says Greece's dozen reception centres for unaccompanied migrants can't cope with the influx of refugees. "Greece doesn't have enough capacity. So the Greek authorities have to strengthen the reception system in order to be able to accommodate all these children," Michailidou said.

And the International Organization for Migration has said the figure of 10,000 missing children was "shocking but not surprising". It has urged the EU to do more to help find these children and unite them with their families.