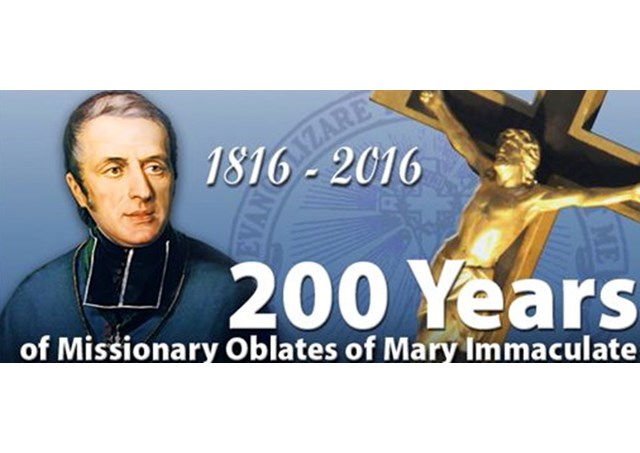 On Monday, Jan. 25,  the Missionary Oblates of Mary Immaculate reached a milestone in their history ‎‎– the 200 years of their founding.   The story of the OMI begins amidst the ashes of the great upheaval ‎of the French Revolution which has had repercussions worldwide.  It was an era when the Catholic ‎Church in France was devastated and held in contempt and ridicule.   Nevertheless, on Jan. 25, 1816 in ‎Aix-en-Provence in southern France near Marseille, a handful of zealous priests headed by their leader ‎Eugene de Mazenod committed themselves to serving the lost, the least and the last, bringing them the ‎Good News of Jesus.   That group of evangelizers, which later came to be known as the Missionary ‎Oblates of Mary Immaculate, today has some 4,000-members worldwide.  To know about the OMI and ‎their 200 years, we talked to Sri Lankan Oblate Father Shanil Jayawardena,  the director of ‎communications and webmaster of the OMI here at the order’s headquarters in Rome.   Fr. ‎Jayawardena begins the first of a 2-part interview today, explaining how the OMI celebrated their 200 ‎years in their mother house in Aix-en-Provence, France.