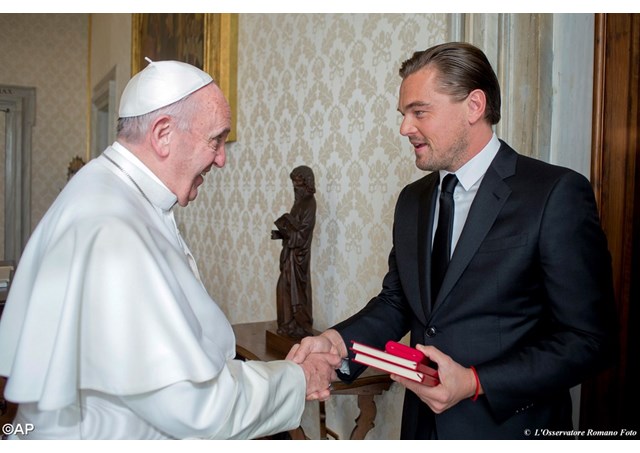 The actor gave the Pope a book of art from the Dutch Renaissance painter, Hieronymus Bosch, and at the end of the encounter, DiCaprio kissed the Pope’s ring, and, in Italian, thanked the Holy Father for meeting with him.

DiCaprio addressed the World Economic Forum in Davos, Switzerland, earlier this month, calling on business leaders to do more to fight global warming, and announcing The Leonardo DiCaprio Foundation is donating $15 million to environmental projects.