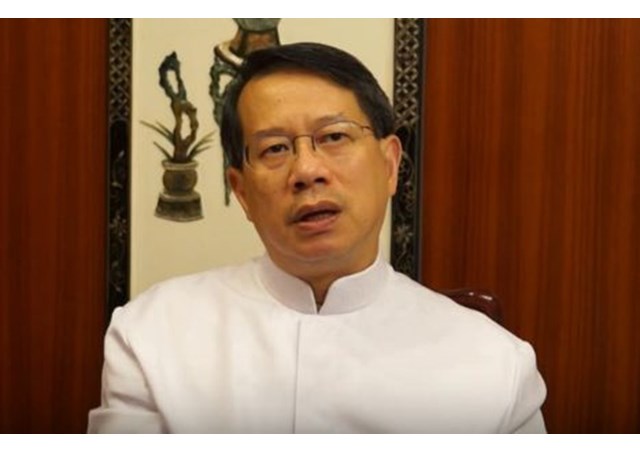 The newly-installed bishop of Macau has called on local Catholics to unite and live out the Catholic faith and the Chinese values for the well-being of society.   Bishop Stephen Lee Bun-sang, former Auxiliary Bishop of Hong Kong, was installed the new bishop of Macau on Saturday at the Cathedral of the Nativity of Our Lady in Macau, which was packed with more than 1,000 Catholics, including people from Hong Kong and China's Guangdong province.  It was timed to mark the 440th anniversary of the establishment of Macao Diocese.

Pope Francis on Jan. 16 appointed Bishop Lee as the bishop of Macau, replacing Bishop Jose Lai of Macao who stepped down due to ill health. Hong Kong,  a former British territory, and Macau a former Portuguese territory, reverted to China in 1997 and 1999.   Both have a high degree ‎of autonomy because of their Special Administrative Region status.

At the end of the Mass, 59-year old Bishop Lee told the faithful that as a newcomer to the diocese, he could not talk any plans now, but hoped the faithful would unite as his episcopal coat of arms reads: "ut omnes unum sint" - "that they all may be one".  He said he would visit all the parishes and to listen to views on how to promote evangelization and cultural exchanges in the diocese.  Bishop Lee told reporters after the Mass that it was also important for Catholics in Macau to spread the Chinese values of “cultivating oneself, putting family in order, governing the state, and pacifying the world”, quoting the Chinese “Confucian Analects”. The families and marriages, education and young people’s formation are of his concerns, he added, and for the well-being of the society.  (Source: UCAN/AsiaNews)