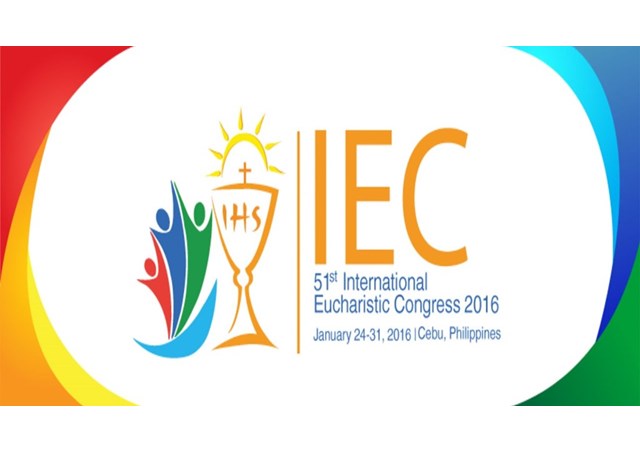 The 51st International Eucharistic Congress (IEC) gets under way on Sunday in the Philippine city of ‎Cebu. Some 15,000 people from about 90 countries, and at least 1 million Filipinos, are expected to ‎participate in the Jan 24-31 event, on the theme, “Christ in You, Our Hope of Glory.”   ‎

A Eucharistic Congress gathers together the clergy, religious and laity to ‎promote the ‎awareness ‎of ‎the ‎central place of the Eucharist in the life and mission of the Catholic ‎Church. It ‎helps ‎improve ‎the ‎understanding and celebration of the liturgy and draws attention to the ‎social ‎dimension ‎of ‎the ‎Eucharist.‎  A Eucharistic Congress includes Masses, adoration of the Blessed ‎Sacrament, prayers, devotional ceremonies, catechesis, exhibitions and other events, and are also ‎organized at national, regional and diocesan levels. ‎

Some 16 international speakers are expected to address participants during the 8 days of the IEC in ‎Cebu, with translations in English, Portuguese, Chinese, Japanese, Vietnamese, Korean, French, and ‎Italian.  Masses, prayers and liturgical celebrations will be held in seven languages.  Besides a ‎Eucharistic procession, adoration and benediction, the congress will also feature events such as ‎workshops, films, concerts and stage plays, with organizers providing video streaming online. ‎