Pope Francis meets with the President of Dominica 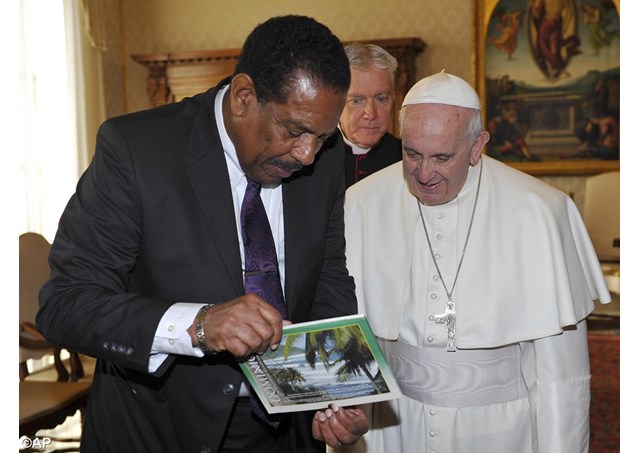 (Vatican Radio) Pope Francis on Friday received the President of the Commonwealth of Dominica, Charles Angelo Savarin, who subsequently met with the Secretary of State, Cardinal Pietro Parolin, who was accompanied by Archbishop Paul Richard Gallagher, the Secretary for Relations with States.

Dominica is a Caribbean island nation, with a population a little over 72,000, of whom about 80% of its population of

A communique issued by the Holy See Press Office called the talks “cordial.”

The parties spoke about the good bilateral relations between the Holy See and Dominica, and noted the opportunity for a fruitful and mutual cooperation between the State and the Catholic Church, an institution which offers a significant contribution to the promotion of the dignity of the human person, as well as in fields such as the education of young people and offering assistance to those most in need.

In addition, they spoke about regional and global issues, in particular the protection of the environment and the issue of climate change and natural disasters, which have caused severe damage and several casualties among the population of the island.