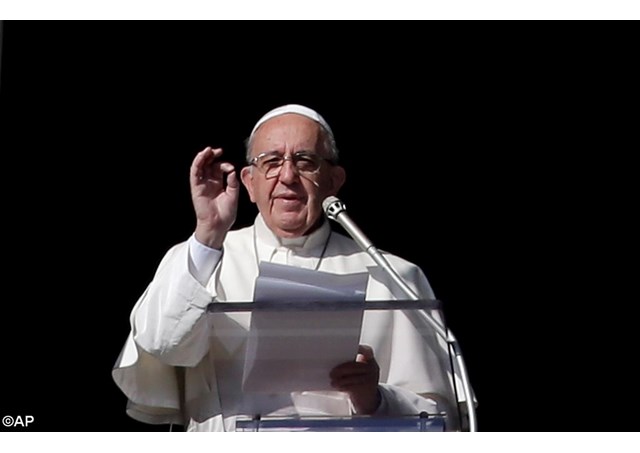 (Vatican Radio) Pope Francis appealed for peace in Syria on Sunday, calling on the international community to realize in concrete action and genuine fact the endorsement of a UN-sponsored roadmap toward peace in the war-torn nation.

Addressing pilgrims and tourists gathered beneath the window of the Papal apartments in the Apostolic Palace to pray the Angelus with him on the 4th Sunday of Advent, Pope Francis said, “It is important to me that we turn our thoughts once again today to our beloved Syria, to express deep appreciation for the agreement just reached by the international community.” The Holy Father went on to say, “I encourage everyone to continue, with a generous spirit of confident willingness, toward cessation of violence and a negotiated settlement leading to peace.”

The Pope also spoke of efforts to repair strained relations between Nicaragua and Costa Rica, which last week received a ruling from the International Court of Justice on a long-standing territorial dispute. “I hope,” said Pope Francis, “that a renewed spirit of fraternity will further strengthen the dialogue and mutual cooperation,” between the two countries and throughout the whole region.