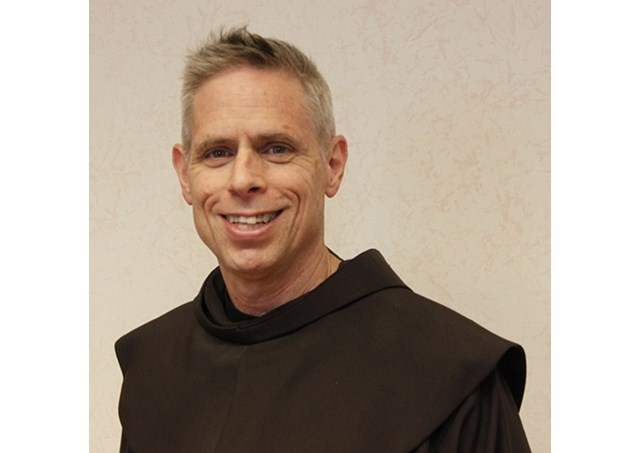 (Vatican Radio) A new manual has been released called “Handbook for Implementing the UN Guiding Principles on Extreme Poverty and Human Rights.”

During a press conference at the Holy See Press Office on Thursday, the Secretary General of Caritas Internationalis called the Handbook “a systematic, extremely concrete tool.”

Brother Michael A. Perry, OFM, the Minister General of the Order of Friars Minor, said he hopes the book “might serve as an effective tool for deepening capacity, mutual trust, critical analysis, and social cohesion among those living in conditions of extreme poverty.”

Here is the full intervention of Brother Michael A. Perry, OFM

FOR PEOPLE LIVING IN EXTREME POVERTY

A FRANCISCAN PERSPECTIVE ON RIGHTS BASED APPROACH

Minister General and Servant of the Order of Friars Minor,

on behalf of the Conference of Franciscan Families

One of the most fundamental insights of Biblical and Catholic Social teaching and that of our Franciscan tradition, relates to the fundamental dignity that all creatures enjoy by their very existence.  This dignity cannot be earned, nor can it be denied or diminished without serious consequences.  Societies that fail to respect the fundamental dignity of their citizens, and those who sojourn within their borders, not only do harm to the persons most affected - principally those who are poor, marginalized and excluded, but also undermine the very foundations upon which human societies are constructed and from which they derive their right to exist.

As is made clear in the Guiding Principles on Extreme Poverty and Human Rights, par. 36: “All policies relevant to poverty must be aimed at empowering persons living in poverty.  They must be based on the recognition of those persons’ right to make their own decisions and respect their capacity to fulfil their own potential, their sense of dignity and their right to participate in decisions affecting their lives.”  The values espoused and promoted in the Guiding Principles, and elucidated in the very helpful Handbook for Implementation, are most clearly reflected in the Social Development Goals, to which the Franciscan family actively and energetically subscribes at the local, national and international levels.

Franciscan men and women in India, Indonesia, South Sudan, Lebanon, Lampedusa (Sicily), Peru, Kenya, and in other parts of the world are working together with other religious congregations, with the local Bishops’ Conferences, with Caritas-based groups, with other Christians churches, with Muslims, Jews, Hindus and also with non believers, engaging directly with those trapped in extreme and all forms of poverty and exclusion, gaining their trust (cf. Handbook, p. 13), promoting social cohesion, identifying and activating human and other resources at the local, national, and international levels (cf. Handbook, p. 18, Step 3), and developing programs and strategies by which they might pursue an effective course of advocacy.  Franciscans International continues to play a critical role in its collaborative work with Franciscan and other organizations at the grassroots.

In India, the Franciscans and their Muslim and Hindu partners are living and working closely together on a tea plantation, educating the workers and their families about their fundamental rights, the right to a decent wage, to just and safe work conditions, and to quality health care and education for themselves and their families.  They also are helping workers to organize and to bring their concerns regarding abuses committed by state and non-state actors to the attention of competent State authorities so as to gain their confidence and commitment to protect human rights (cf. Handbook, p. 19, Step 4).

In Indonesia, the Franciscans and their partners are establishing a strong link between promotion of human rights and the rights of the natural environment through their work with local farming cooperatives they are helping to create and sustain.  From a Franciscan perspective, the human and natural environments are intrinsically and inextricably intertwined. These same farmer cooperatives are now exercising control over land use, playing a major role in the fixing of prices for their agricultural and other products, and are working with civil authorities to defend against exploitative and abusive landowners and national and multi-national interests that do harm to both the human community, especially those who are poor and marginalized, and to the natural environment. Strong monitoring and measurement tools are slowly being developed in collaboration between Franciscans, the poor who are their partners, and with other groups and individuals, in order to measure progress achieved and also to identify weaknesses within their own respective approaches to social analysis and advocacy.

It is the hope of the Minister Generals of the Franciscan family (CFF) who I represent today that the Handbook for Implementing the UN Guiding Principles on Extreme Poverty and Human Rights, produced by Franciscans International, ATD Fourth World, in collaboration with Caritas Internationalis might serve as an effective tool for deepening capacity, mutual trust, critical analysis, and social cohesion among those living in conditions of extreme poverty.  It also is our hope that these Guidelines will help ensure full respect for the inherent rights and dignity of all and that, through the concerted efforts of the world community,  the Social Development Goals might be fully realized, and with them, extreme poverty might be wiped from the face of the earth.