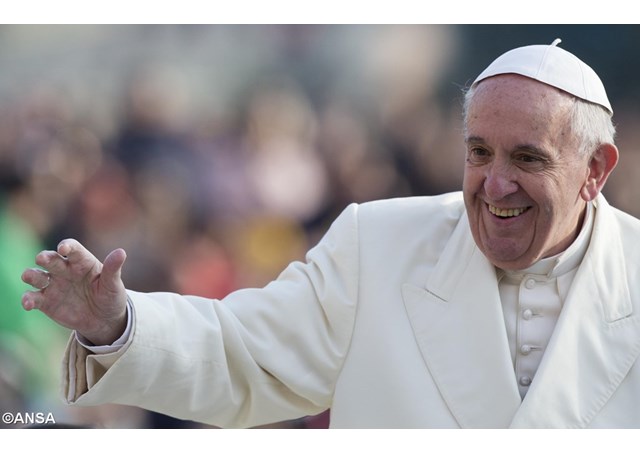 (Vatican Radio) Reflecting on the meaning of the Jubilee of Mercy Pope Francis on Wednesday said that “especially in our times, in which forgiveness is a rare guest in the areas of human life, the call to mercy becomes more urgent”.

The Pope was addressing the crowds gathered in St. Peter’s Square for the weekly General Audience.

He said that mercy can contribute much in building a more human world and has a fundamental role to play everywhere: “in society, institutions, at work and even in the family”.

Recalling the fact that on Tuesday, December 8th, he opened the Holy Door of the Jubilee of Mercy in St. Peter’s Basilica after having already done so in the Cathedral of Bangui in Central Africa, Pope Francis said “today I would like to reflect with you on the meaning of this Holy Year, and answer the question: why a Jubilee of Mercy?”

He explained that in our age of profound changes, the Church needs the extraordinary moment offered by a Holy Year in which to offer her special contribution and make visible signs of the presence and closeness of God.

He said that the Jubilee is a favorable time to do so because by turning our eyes to God, the merciful Father, and to our brothers in need, it helps us focus attention on the essential content of the Gospel: “Jesus Christ, Mercy made flesh”.

“To celebrate a Jubilee of Mercy, he said, is equivalent to putting our Christian faith’s distinctive features back at the center of our personal lives and of our communities”.

“Dear brothers and sisters, Pope Francis continued, the Jubilee will be a ‘favorable time’ for the Church if we learn to choose ‘what God likes most’ without bowing to the temptation of thinking that there is something else that is more important”.

“Nothing is more important than choosing ‘what pleases God most,’ his mercy!” he said.

Pope Francis also remarked on the necessary work of renewal happening in the institutions and structures of the Church and described it as a life-giving experience which can guarantee that the Church continue to be “a city set on a mountain that cannot be hidden” (cf. Mt 5:14).

He said that the Jubilee Year will strengthen our certainty that “mercy can really contribute to building a more human world. Especially in our times, in which forgiveness is a rare guest in the areas of human life, the call to merciful, he continued,  becomes more urgent, and this everywhere: in society, institutions, at work and even in the family”.

In today’s world, Pope Francis said, mercy and forgiveness often appear overwhelmed by self-interest, hedonism and corruptness, while in the Christian life they can be stifled by hypocrisy and worldliness.

Forgetfulness of God’s mercy blinds us even to seeing sin for what it is.  That is why, he explained, this Holy Year of Mercy is so important.

The Pope concluded with the prayer that each of us may become ever more aware of God’s mercy at work in our lives and ever more effective in testifying to its transforming power in our world.