Pope Francis receives Book of Gospels for the Jubilee 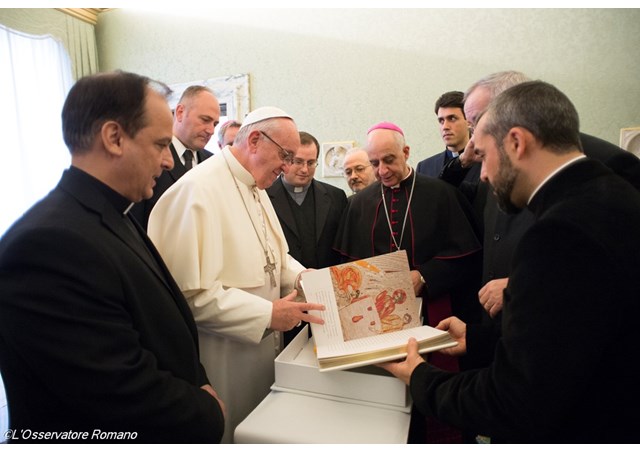 (Vatican Radio) Pope Francis on Thursday received the Book of Gospels which will be used for the liturgies of the upcoming Jubilee.

The Book was presented by Archbishop Rino Fisichella, the President of the Pontifical Council for the Promotion of the New Evangelisation.

The book – which contains the Gospel readings for the Sundays and Feast Days during the Year of Mercy – is illustrated by Jesuit artist Marko Rupnik.

The Jubilee of Mercy begins on the Solemnity of the Immaculate Conception, on 8 December, when Pope Francis opens the Holy Door in St. Peter’s Basilica.