Three children are being killed every day in Yemen’s war 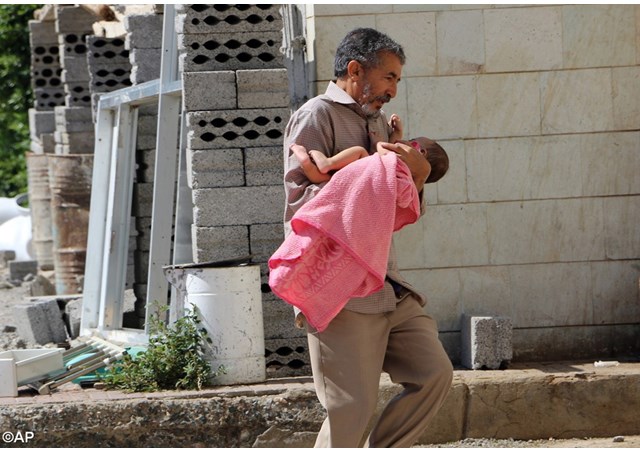 (Vatican Radio) A leading charity says three children are being killed every day in Yemen’s ongoing conflict, many as a result of the use of explosive weapons in populated areas. The international charity, Save the Children, called for all parties to agree to an immediate ceasefire in Yemen and support UN efforts to find a political solution to the conflict. Yemen now has the highest number of casualties owing to explosive weapons in the world, following Syria.

The fighting has exacerbated an already dire humanitarian crisis in Yemen, one of the world’s poorest nations. Over half a million Yemeni children face severe malnutrition and the U.N. estimate that 80 percent of the population is on the brink of famine. Grant Pritchard is Director of Advocacy and Communications at Save the Children and he spoke to Susy Hodges about the crisis there.

Listen to the interview with Grant Pritchard of the charity, Save the Children: