Recollections of the first Anglican-Catholic encounter in the Vatican 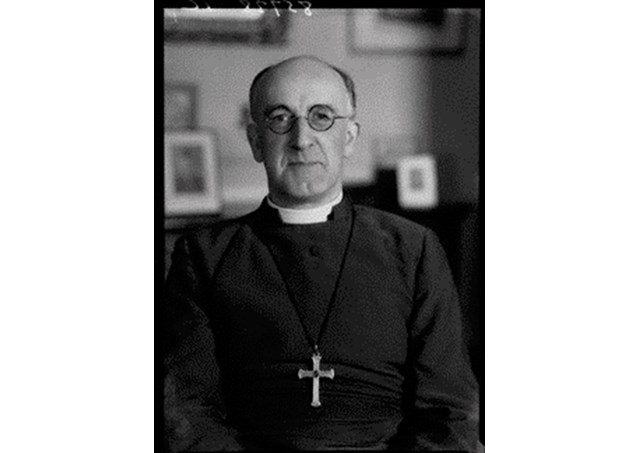 (Vatican Radio) On December 2nd, 55 years ago, Pope John XXIII had a private audience with the Archbishop of Canterbury Geoffrey Fisher, the first time that Anglican and Catholic leaders had met together since the Reformation.

Following their historic encounter, the archbishop met with Cardinal Augustin Bea, head of the newly established Secretariat for Christian Unity, leading to the invitation of Anglican observers to the Second Vatican Council. The meeting also paved the way for the first official encounter between their successors, Pope Paul VI and Archbishop Michael Ramsey in March 1966 and the establishment of an Anglican Centre here in Rome.

Archbishop Moxon describes the meeting between the Pope and the Archbishop as “an extraordinary breakthrough”. Although it was a low key, informal initial conversation, he says, it  “paved the way for the development of a level of trust” that would be useful in the following years.

He notes that it was agreed the meeting would be kept confidential because of the novelty and ecumenical sensitivities, so there were no official photographs of the visit. But Archbishop Moxon says the Anglican Centre has a photo of Archbishop Fisher arriving at Rome’s Fiumicino airport “with quite a large entourage and met by a fairly large entourage”.

Archbishop Moxon says there was resistance to Archbishop Fisher’s visit from Anglicans who were concerned about unresolved theological issues from the Reformation, but “history has proved him right”. He says the former Anglican leader was a man of decisiveness, transparency and honesty, who “saw the same approach in Pope John XXII”. Though we know little about the contents of their meeting, he says, the two leaders “created bonds of affection” and the possibility of conversation that led to the official encounter of Paul VI and Archbishop Michael Ramsey in 1966.

That official meeting also led to an agreement to establish the Anglican Centre, which is coming up to its 50th anniversary next year. Archbishop Moxon says there are plans to mark that event with a full day of activities next October 5th, including a morning seminar on the work of the Anglican-Roman Catholic International Commission, the celebration of Vespers at the church of San Gregorio al Celio with the Pope and the Archbishop of Canterbury (pending Vatican approval), and a banquet celebrating the ecumenical milestones. From its “novel, exploratory” beginnings, Moxon says, the Centre has grown to include “education, sharing best practices, promotion of joint activities, advocacy for justice and development, linking between Caritas and the Anglican Alliance on a whole raft of ecumenical activities we couldn’t have imagined 50 years ago”.

Commenting on the recent Synod on the family and suggestions from ecumenical delegates about ways of marking the forthcoming Year of Mercy, Archbishop Moxon says he’s grateful that ecumenical representatives were so welcome for all three weeks and were able to make submissions for the pre-synod documents. Secondly, he says, “we appreciate the Synod’s way of working in “conciliarity, consultation and synodality”, things that he says “we believe are vitally important to Anglican Christianity and we saw being played out very thoroughly and professionally” for those weeks in Rome. Thirdly, he says, we appreciated the presidency of the Pope as “a non-anxious presence – we would say - a primus inter pares, a first among equals” of those fathers and other participants, hearing, listening carefully and ultimately giving his pastoral response next year.

Regarding the suggestion of intercommunion for spouses in mixed marriages, Archbishop Moxon says “we would hope for a more pastoral approach” for such couples: “Is there a way in which their sacramental experience as husband and wife can be nurtured in new ways?” he asks.

Reacting to the Pope’s recent comments to a Lutheran woman on this same subject, the Archbishop says the question of conscience, which the Pope highlights, is “also an important Anglican doctrine”. In spirit and in principle”, he adds, “it was a very helpful response”.