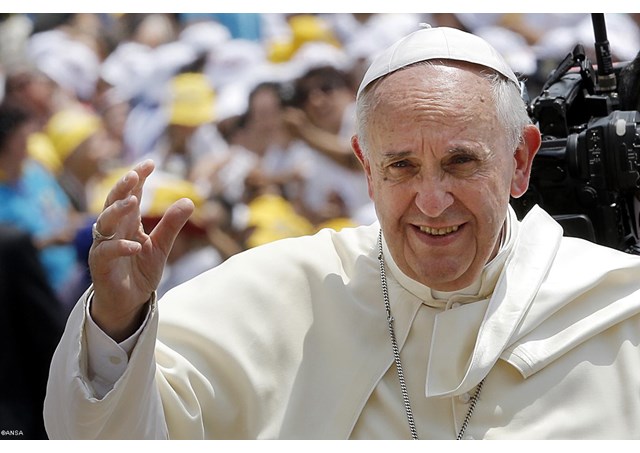 (Vatican Radio) Pope Francis has given an interview to a Catholic weekly magazine, saying he hopes the forthcoming Jubilee Year of Mercy will enable people to discover an alternative to the atrocities, cruelty and exploitation of our world today. The Pope also talks about his personal discovery of God’s mercy in his own life and calls for a “revolution of tenderness” to encourage more just, tolerant and patient relationships between individuals and nations.

In the interview with the official Jubilee publication ‘Credere’,  Pope Francis recalls that he dedicated his first Angelus address and his first homily in the Vatican parish of St Anna to the theme of mercy, noting that he’s following the teachings of his predecessors, especially Pope John Paul II who instituted Divine Mercy Sunday.

We have become so used to bad news of cruelty and atrocities, the Pope says, but the world needs to discover that God is our Father, that mercy exists and that cruelty and condemnations are not the way forward. The Church itself, the Pope adds, sometimes falls into the temptation of following a hard line, of stressing only the moral norms – but how many people are excluded?

Reiterating the image of the Church as a field hospital, binding up the wounds of the injured, Pope Francis says this is the year of forgiveness and reconciliation. On one hand, he says, we see the production and trafficking of lethal weapons, the murder of innocent people in the cruelest ways and the exploitation of children – all of this is “sacrilege against humanity”, created in the image of God the Father, who says, “stop and come to me”.

Pope Francis says he goes to confession every 15 to 20 days because he also needs God’s mercy for the mistakes and sins he commits. He recounts his very first experience of God’s mercy in his own life, when he walked into a confessional as a 17 year old in Buenos Aires and walked out knowing that he was called to consecrate his life to the Lord. That date, September 21st, marked the feast of the conversion of St Matthew, he recalls, which is why he chose as his bishop’s motto the Venerable Bede’s Latin words describing Jesus’ calling of St Matthew, ‘miserando atque eligendo’ translated as ‘having mercy in choosing (him)’.

Pope Francis also responds to a question about the female face of the Church, saying it is not easy to understand the maternity of God, so he prefers to speak of the tenderness of God as our mother and father. If we are open to this revolution of tenderness, the Pope says, we ourselves will become more tolerant, more patient and more tender, learning not to treat people as objects. The Pope gives the example of an employer who lays off his workers over the summer so that he doesn’t have to pay the extra pension or social security costs of a full time worker. If we are able to put ourselves in that other person’s shoes, the Pope says, then things change and we stop thinking about the money in our own pockets.

Finally Pope Francis speaks of his spontaneous way of embracing the sick and the elderly, in the same way that a mother and father caress their new born child. During the Jubilee year, the Pope concludes, he will be suggesting different gestures every month to highlight God’s mercy in our lives.