Pope says look to Jesus and not to horoscopes for guidance 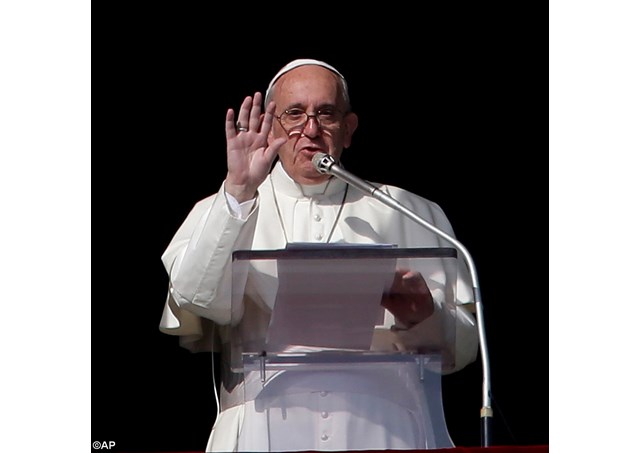 At his Angelus address on Sunday Pope Francis reflected on the readings for this penultimate Sunday of the Church’s liturgical year which speak in apocalyptic terms about the coming of God’s kingdom at the ‘end times’.

The final goal of our lives here on earth, the Pope said, is our encounter with the Risen Christ. “How many of you think about that?” he asked the crowds gathered in a sunny St Peter’s Square. The problem is not when these apocalyptic warning signs of the end of this world will occur, he said, but whether we will be ready for that encounter. Similarly, the problem is not how the end of the world will happen, but how we should behave in the meantime.

We are called to live in the present, the Pope said, building the future with serenity, trust and hope in God. Hope, he said, is the hardest virtue to live out, but it is also the strongest as it reflects the face of the Risen Christ. Jesus is not only the final destination of our pilgrimage here on earth, Pope Francis said, but he is also present in our daily lives to accompany us and rescue us from false prophets and fatalistic ideas. Asking his audience how many of them read their horoscopes, the Pope said it is much better to look instead to Jesus, whose Word will guide us and who will always remain with us.