Archbishop Fisichella: Religions must work together against hate 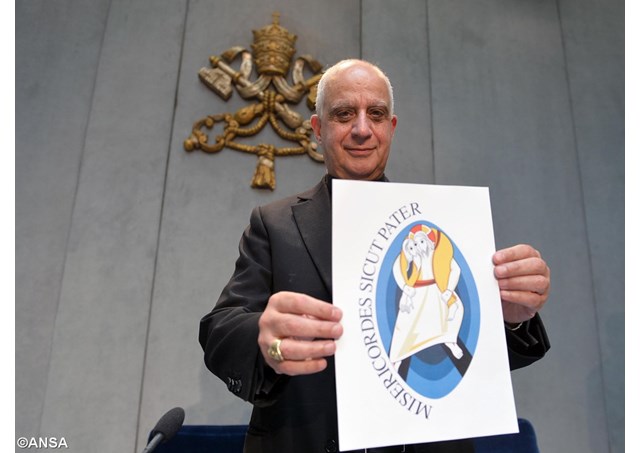 (Vatican Radio) The President of the Pontifical Council for the New Evangelization, Archbishop Rino Fisichella, said the upcoming Jubilee of Mercy is needed even more after the terrorist attacks in Paris.

In an interview with the Italian magazine, Famiglia Cristiana, Archbishop Fisichella said all three monotheistic religions agree that God is merciful.

“It is one more reason to work together - and to help each other in this task -  to explain to the world that religions do not exist to be imprisoned by hate, but they are to spread compassion, and to work against fear as a way of life in all nations,” he said.

He agreed with Pope Francis about a “piecemeal third world war,” of which the Paris attacks are just one part.

“The drama began on 11 September 2001 and since then, after this initial shock, everything stayed the same: Wars, military interventions, attacks, violence, horror,” the Archbishop said said.

“There is a long trail of violence - which are part of the world war -  but which we tend to quickly forget. I think of the attack on the youth at the university in Kenya, the editors of Charlie Hebdo, the series of bombings that continue to strike Iraq, the bombs in Lebanon just the other day,” Archbishop Fisichella explained.

“Christians die, as do many Muslims,” he said. “It is a world war because it affects all countries, including Muslim countries, which are affected by these violence events, and need help to marginalize the extremists.”

He said the world has forgotten many conflicts, such as Syria, Libya, and Iraq.

“You cannot continue having a fragmented reading of the problems and the crisis,” he told the magazine.

“What is missing from politics and diplomacy is above all a geopolitical reading of an international reality that is completely intertwined,” Archbishop Fisichella said.  “What happens touches the entire world. "

He said he hopes for a “more decisive intervention” from the United Nations, and that the international community works to secure peace.

“You cannot think that we are able to tackle these global problems with the responses and partial initiatives from individual governments," he said.