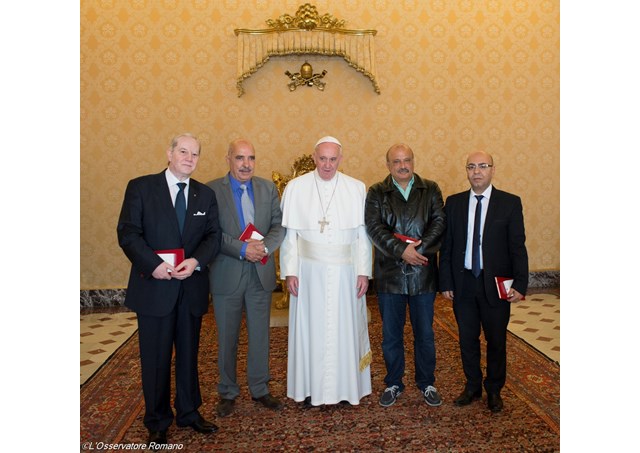 The 2015 Prize went to Tunisian National Dialogue Quartet, for what the Nobel Committee  called "its decisive contribution to the building of a pluralistic democracy in Tunisia in the wake of the Jasmine Revolution of 2011."

The four represented the Tunisian General Labour Union; the Tunisian Confederation of Industry, Trade and Handicrafts; the Tunisian Human Rights League, and the Tunisian Order of Lawyers. The four organizations helped to establish a new constitution and presidential elections last year after a series of political assassinations in 2013.

During the meeting, Pope Francis said they accomplished their work “with their hands and their hearts,” and praised the methodology they used for dialogue and bringing stability to Tunisia.

The Nobel Laureates, for their part, thanked Pope Francis for receiving them, and called him a “true man of peace.” The gave the Pope a portrait of Mahatma Gandhi.