Pope Francis to Straatnieuws: truth and witness from Church 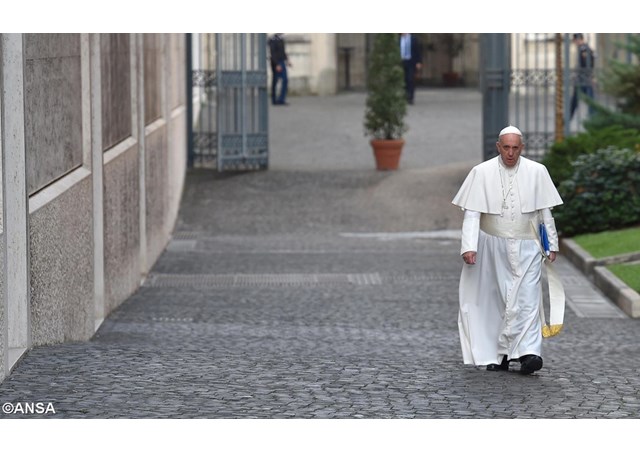 (Vatican Radio) Pope Francis granted an interview to the Dutch paper, Straatnieuws, published by the homeless of the city of Utrecht. In the broad-ranging conversation, Pope Francis touches on topics of interest both personal and ecclesiastical: from his childhood in Argentina, including his boyhood dream of becoming a butcher, to his solicitude for the poor, and his appreciation of his reputation. “Right now,” he tells himself, “you have an important job, but in ten years or so, no one will recognize you.”

The Holy Father also offered some insight into his vision of the Church’s mission in the world today: “The Church must speak with truth, and also with testimony,” he said. “If a believer speaks about poverty, and leads the life of a Pharaoh – this cannot be done.”

He also warned against the Church becoming entangled in worldly affairs.

“Agreements can be made,” with secular governments, he said, “but they must be clear agreements, transparent agreements.” He went on to explain that the reason for this is, “Because there is always the temptation to corruption in public life – both political and religious.”

Pope Francis also covered some familiar ground, reiterating his reasons for choosing to live in the Casa Santa Marta – it isn’t good for him to live in isolation and remove – and his longing to be out and about. ““I find people, I greet them,” in the Casa Santa Marta, he said, “and this makes the ‘golden cage’ less of a cage,” he added, referencing Mark Twain's tale of The Prince and the Pauper, in which the prince lived in a golden cage. Still, he continued, “I miss the street.”