Lutherans and Catholics on the way to full Christian unity 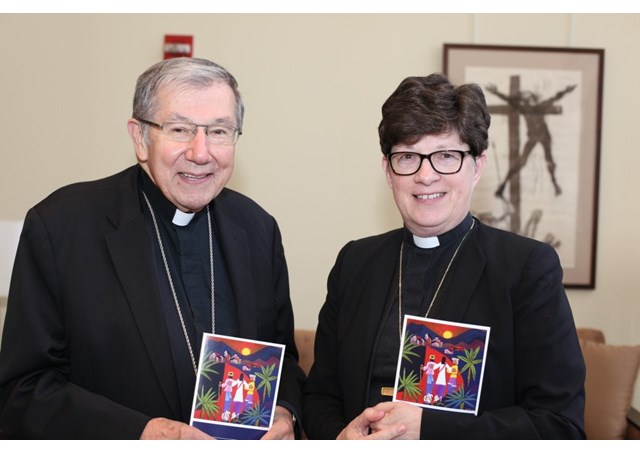 (Vatican Radio) “A unique ecumenical document” that marks a pathway toward greater visible unity between Catholics and Lutherans. That’s how U.S. Catholic leaders have described a new document released by a joint task force and entitled  "Declaration on the Way: Church, Ministry and Eucharist,". Drawing on 50 years of national and international dialogues, the document was published on October 30th, the eve of the anniversary of Martin Luther's posting his 95 Theses, which sparked the Protestant Reformation.

At the heart of the document are 32 ‘statements of agreement’ where Lutherans and Catholics already have points of convergence on questions about church, ministry and Eucharist. Coming just ahead of major celebrations in 2017 marking the 500th anniversary of the Reformation, the new document is being seen as a powerful sign of hope to a world where conflict and division often seem to drown out more positive messages of peace and reconciliation.

Fr John Crossin is executive Director of the Secretariat for Ecumenical and Interreligious Affairs for the U.S. Catholic Bishops. He spoke to Philippa Hitchen about the contents and the impact of the new declaration..

Fr John says the document includes details of the 32 agreements plus 10 pastoral suggestions for people to enhance Lutheran-Catholic corroboration. He pays particular attention to the importance of prayer at special times of year, such as Pentecost. He also emphasizes the importance of united efforts by Catholics and Lutherans to feed the hungry and address social issues.

Speaking about inter-communion, Fr John notes how, in the past, the question of when and in what circumstances Lutherans may take Holy Communion in Catholic churches (detailed in the 1993 Ecumenical Directory) had been neglected. However, with the new declaration, issues such as these and inter-denominational marriages are being discussed in detail.

Fr John describes the reconciliation process between Lutherans and Catholics as a long-distance race: we are standing “at the top of a hill and we can see the finish line”. However, he says “things still need to be done…. There are mountains… hills in between”.

He encourages listeners to read the document (which can be found on the US Conference of Catholic Bishops’ and the Evangelical Lutheran Church’s websites) and insists “it deserves to be prayed over”.