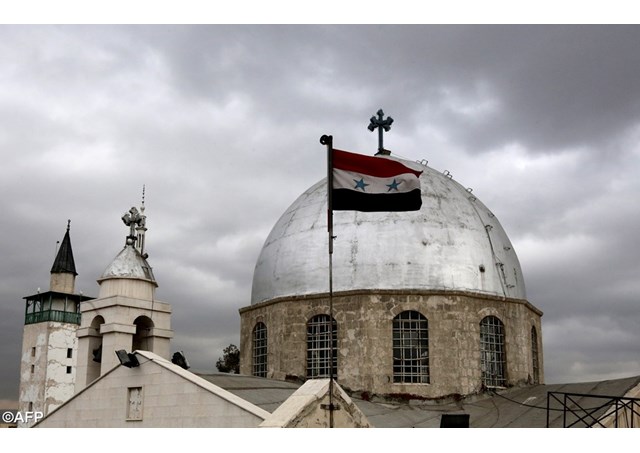 (Vatican Radio) The persecution Christians are facing in parts of Syria can be called “genocide,” and the time is now for the rest of the world to come to the aid of the persecuted Church.

John Pontifex, the editor of Aid to the Church in Need’s report “Persecuted and Forgotten? A report on Christians oppressed for their Faith 2013-2015,” spoke to Vatican Radio after Pope Francis gave his support to the organization’s efforts to help persecuted Christians during his General Audience on Wednesday.

The civil war in Syria – and the rise of the so-called Islamic State – has led to widespread destruction, affecting the entire population of the country. However, Christians have suffered in a particular way.

“For the Christians there is the other dimension of very direct persecution,” explained Pontifex.

“Indeed, we have had reports of what we really can call genocide,” he said. “Christians being put under pressure by being killed, being forced from their homes ,being forced to convert, being forced to pay a jizyah tax - an Islamic tax - and all evidence of Christian culture destroyed: Churches, chapels, crosses sanctuaries.”

Pontifex said the persecution is not happening everywhere in Syria, but is “severe enough” for Aid to the Church in Need to be concerned about  a “motivated ethnic cleansing of Christians” from the region. He said this persecution is being perpetrated not only by the so-called Islamic State, but also by other Islamist militant groups that have the objective of “clearing the place of Christians.”

Aid to the Church in Need (ACN) is providing basic help – food, shelter and medicine – to Christians both in the safer areas of Syria, as well as to refugees in Jordan, Lebanon, and other countries.

“This is not just emergency help, there is also help for pastoral support: Priests, Sisters, and others who are in great need at this time”- Pontifex explained - “but of course the emergency aid which the Holy Father has highlighted by reference to ACN’s need to help in Syria and elsewhere is at the forefront of all our activities at this time.”

Pontifex also told Vatican Radio that all Christians, and others who believe in religious freedom, have a duty to make their voices heard in support of persecuted Christians in the Middle East.

“We need to stand up for religious freedom,” he said.