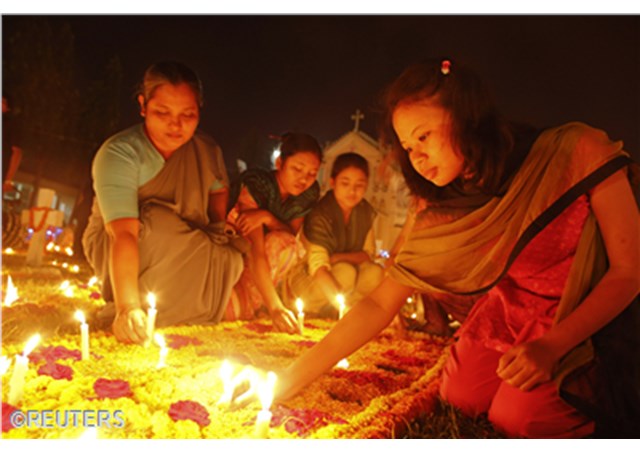 A Christian family in the Bangladeshi capital Dhaka was attacked last week by Muslims who ‎demanded money in exchange for the house, AsiaNews reported.   Some 100 Muslims attacked the ‎Christian family, forcing them to leave their three-room home.  Tapon Cruze told AsiaNews they ‎wanted to kill them if they did not leave their home which  is close to Dhaka’s Holy Rosary ‎Catholic Church.   The victims reported that on Oct. 15 they were assaulted without any legitimate ‎reason.  They said the criminals were accompanied by the police, "who witnessed the grabbing and did ‎nothing to stop it.”  “We lost our possessions, money, and we're out of the house" the victims told ‎AsiaNews.‎

A victim reported that a Muslim land grabber Azijulla, wanted the property by force or money.  Nirmal ‎Rozario, general secretary of the Bangladesh Christian Association, who visited the occupied house ‎said, “They are committing a grave injustice against the Christian community. In Bangladesh, Christians ‎are a weak minority and this is why Muslims are attacking us," he said. ‎

Bangladesh’s some 152 million population is 89.9% Muslim. Christians who are a minute 0.2% and ‎Hindus some 9.1% are subject to numerous attacks and to land grabbing. ‎ (Source: UCAN)