Cardinal Wuerl: Synod off to a good start 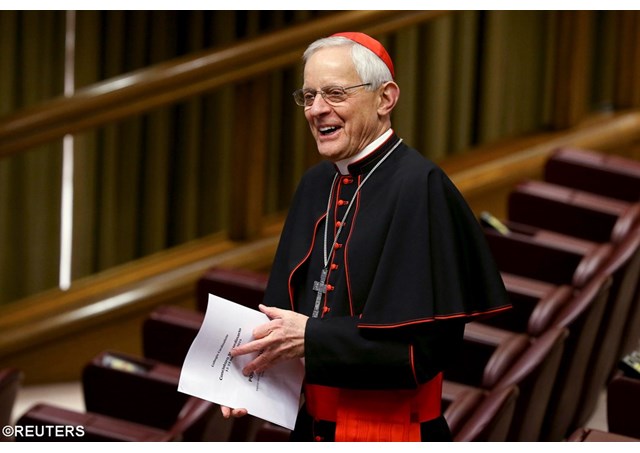 (Vatican Radio) Cardinal Donald Wuerl of Washington, D.C., says the opening days of the Synod of Bishops are going smoothly. “I think we’re moving along very well. We’ve had very good discussions in the Aula. Many, many of the points that were raised contribute positively to trying to find a better way to say what we want to say. The rest of them reinforced what’s already there. So far, this has been a very positive meeting.”

In an interview with Vatican Radio’s Bernd Hagenkord, S.J., Cardinal Wuerl spoke about the atmosphere in the small groups, which began their discussions on Tuesday. “Now we’re in the small language groups. We’re just beginning. And I think we’re already beginning to sense, in our small group, a sense of solidarity around what it is we want to say, and a consensus where are the major points to be underlined. We’re just beginning, but we’re off to a good start.”

Asked about his predictions for the Synod, Cardinal Wuerl said he hoped “that out of this whole discussion will come a recognition that while we have a very clear doctrinal basis for our appreciation of marriage, equally part of the revelation is God’s mercy.” He also expressed his hope that the Synod would address the need to respond pastorally “to all of the people whose marriage is not the ideal, whose lives more reflect the brokenness of the human condition than they reflect the beauty of the ideal.”