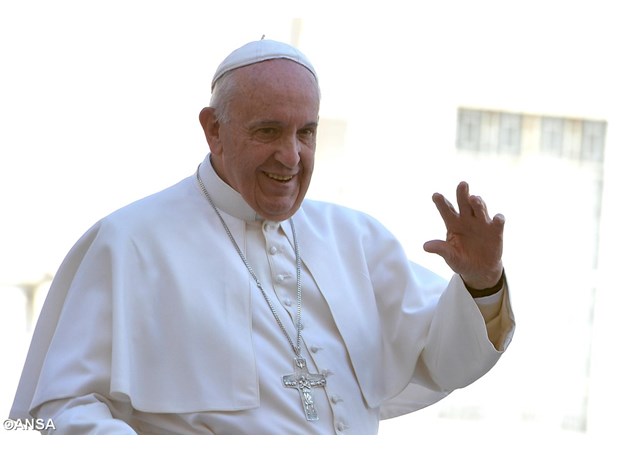 (Vatican Radio) Pope Francis has expressed gratitude and appreciation for the work of Comboni missionaries and reminded them to take their witness of faith into the peripheries of society.

The Pope’s words of encouragement came as he addressed the Comboni Missionaries of the Heart of Jesus gahtered for their General Chapter which takes place every six years.

During the Chapter participants are involved in a process of discernment that calls them to be deep in communion with the Holy Spirit in order to take steps forward in the fulfilment of their vocation.

In his discourse Pope Francis described their mission as “servants and messengers of the Gospel” as a gift. He said that at the foundation of their particular vocation is their personal relationship with Christ which is rooted in Baptism, confirmed in Confirmation and for some, strengthened by Ordination.

He said that the grace of Christ is at the heart of their mission making it authentic: “believing in Him one can transmit the Word of God that animates, sustains and fertilizes the commitment of the missionary”.

“That’s why, dear brothers, we must always nourish ourselves with the Word of God, so that we may be his faithful echo” he said.

And he pointed out that in God’s Word there is the wisdom that comes from above and that allows us to find the right language, the right attitude and the right instruments to respond to the challenges of a changing humanity.

Pope Francis said that as Comboni Missionaries of the Heart of Jesus “you contribute with joy to the mission of the Church bringing the witness of Saint Daniele Comboni”.

He encouraged the missionaries to imitate the merciful and meek Jesus and to live their service with a humble heart taking care of those who are most abandoned.

“Never cease asking the Sacred Heart for meekness, which is a daughter of charity, and is patient, kind, hopeful and bears all” the Pope said.

That Sacred Heart, the Pope continued, “pushes you into the peripheries of society to bring witness of the perseverance of patient and faithful love”.

Pope Francis expressed his hope that the contemplation of Jesus’ wounded Heart may always renew the missionaries’ passion for the men and women of our time. A passion that is expressed in solidarity, especially towards the weakest, and in promoting justice, peace and the respect for the dignity of each person.

He concluded his address with the hope that the reflections of General Chapter may enlighten the work of the Institute and its vision for the years to come and help the members always stay in touch with their great patrimony of spirituality and missionary activity.

Recalling the fact that many Comboni missionaries have given their lives as they witnessed the faith, Pope Francis invoked the protection of Our Lady, mother of the Church upon them all.